Units of the Armenian Armed Forces in the direction of Gubadli were destroyed - VIDEO
Read: 308 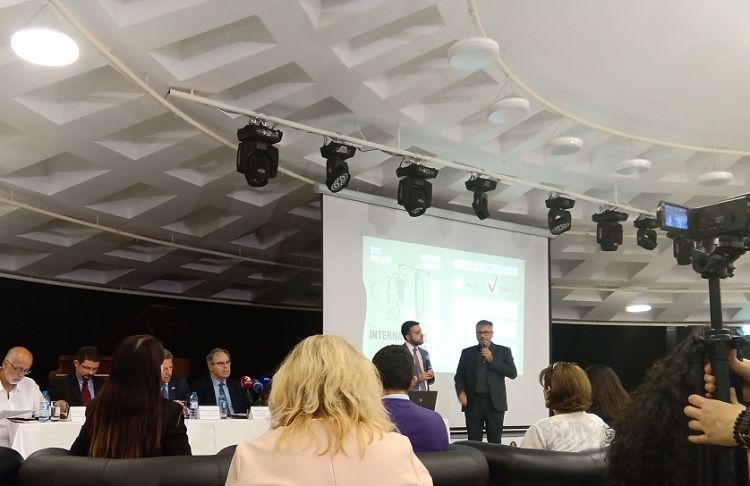 Azerbaijan is the first country in the East which gave the voting right to women. This year, Azerbaijan marks the 100th anniversary of such an important event in women rights history.

European Union Delegation in Azerbaijan will hold the international festival dedicated to the women rights called "Maiden Tower. To Be a Woman'.

EU Delegation in Baku held a press conference for the presentation of the festival. First Counsellor of the EU Delegation to Azerbaijan Denis Danilidis opened the conference and stated the importance of the event.

Honored Artist of the Republic of Azerbaijan, Initiator and Curator of the Festival Sabina Shikhlinskaya explained the importance of women rights in worldwide. She also thanked for the partners such as EU Delegation, YARAT and diplomatic missions.

"This year Azerbaijan marks 101th anniversary of Azerbaijan Democratic Republic. Azerbaijan is the first country in the East to gave the voting right to women. Azerbaijan was more liberal than many EU states during that time," Denis Daniilidis said.

During the conference, it was announced that "Although many efforts are made to eliminate the distinction between men and women, the discrimination still exists."

International Festival of Contemporary Art “Maiden Tower. To Be a Woman"  will be held on 17-27 September in Baku and in the regions of Azerbaijan.

The guests-participants of Festival are film directors and museum specialists, curators and art critics, artists and cultural activists, from EU member states such as Austria, Germany, the Netherlands, Sweden, Hungary, Switzerland, from Eastern Partnership countries such as Georgia, Moldova, Ukraine and from third countries such as Iran, Turkey and Israel. International and local participants of the Festival, activists and State institutions will debate gender issues on the basis of their personal and professional experiences.