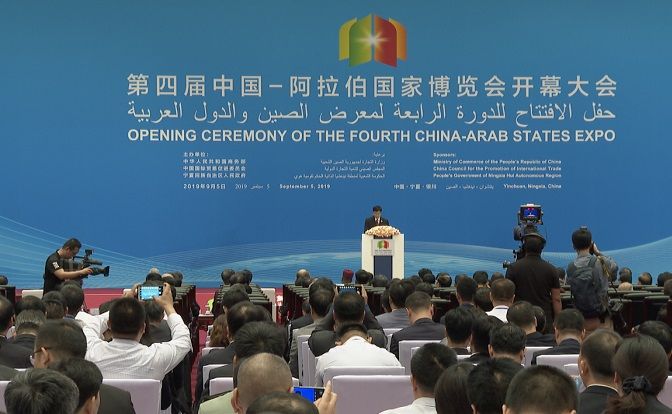 Deals for 23 projects on production capacity cooperation, worth about 8.5 billion yuan (about 1.2 billion U.S. dollars) in total, were signed Thursday at a conference during the ongoing fourth China-Arab States Expo, Xinhua reports.

The projects cover various fields such as new energy development, photovoltaic cell production and rare metal processing and involve a number of Arab countries including Oman, Egypt, Saudi Arabia, Morocco and Mauritania, according to the organizer of the conference held in Yinchuan, capital of northwest China's Ningxia Hui Autonomous Region.

The event, jointly hosted by the Ministry of Commerce and the Ningxia Hui autonomous regional government, brought together more than 800 government officials and entrepreneurs from China and Arab states. They exchanged views on promoting cooperation to expand production capacity and two-way investment.

Ren Hongbin, China's assistant commerce minister, said at the conference that China-Arab cooperation in production capacity has been advancing steadily, particularly in the areas of energy, manufacturing, electricity and telecommunication.

Trade between China and Arab countries had been growing at an average annual rate of nearly 20 percent between 2016 and 2018. In the first half of 2019, bilateral trade hit 126.7 billion dollars.

While describing the China-Arab States Expo as an important platform for China and Oman to cooperate in trade and investment, Yahya bin Said bin Abdullah Al-Jabri, chairman of Oman's Public Authority for Investment Promotion and Export Development, said Oman has actively participated in the Belt and Road Initiative in recent years and has built the China-Oman (Duqm) Industrial Park in cooperation with China.

China-Arab economic and trade cooperation has gained steam in the past few years. Last year, trade volume between the two sides reached 244.3 billion dollars, up 28 percent year on year.