India is ready to abandon the Su-57 and focus on buying the American F-35s
Read: 294

$3.4B invested in projects of Azerbaijan's tech parks, industrial quarters 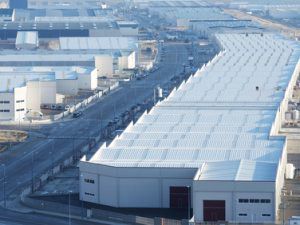 The total investment in projects implemented by residents of technology parks and industrial quarters is estimated at $3.8 billion in Azerbaijan, the country's Deputy Economy Minister Niyazi Safarov said at the conference "Application of Standards: Cooperation between Azerbaijan and Turkey", Trend reports.

The deputy minister noted that currently, residents of industrial parks and quarters have already invested $3.4 billion in projects.

"To date, nine industrial parks and quarters have been created in Azerbaijan, where 82 residents are registered," Safarov said.