Russian scientists have found a major weakness of the coronavirus
Read: 654 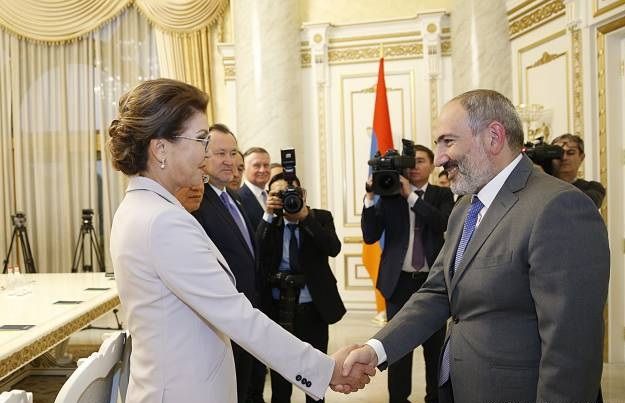 In the framework of her official visit to Armenia Dariga Nazarbayeva, chairwoman of the Kazakh Senate, held talks with Nikol Pashinyan, Prime Minister of the Republic of Armenia, Kazinform reported Saturday, Kazinform reports.

The parties touched upon the issues of developing bilateral relations, expanding trade and economic cooperation, and interaction in the cultural and humanitarian spheres. Dariga Nazarbayeva noted the need to increase mutual trade, expand and diversify the structure of trade. At the end of 2018 foreign trade turnover between Kazakhstan and Armenia increased by more than 33.9%.