Russia to loan Iran $2.8b upon previous agreements 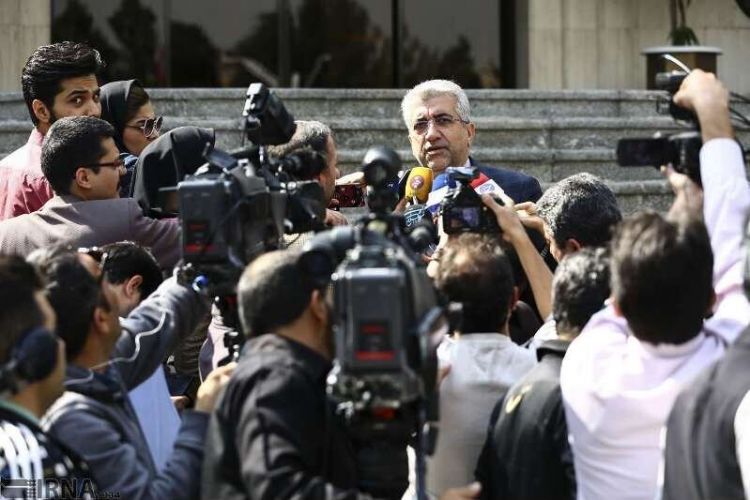 Speaking to the press on the sidelines of a cabinet meeting on Wednesday, Ardakanian said the mentioned $5-billion loan is not a new one and it has been agreed upon back in 2015, Eurasia Diary reports citing Tehran Times.

Recently Russian media reported that Iran has asked its northern neighbor for a $2 billion loan.

The news of Russia providing a $5-billion loan to Iran for joint infrastructure projects first came in October 2015 during a visit of Russian Energy Minister Alexander Novak to Tehran.

According to Ardakanian, $2.2 billion of the mentioned fund was allocated for construction a 1400 megawatts (MW) power plant in the southern Hormozgan province, and also for electrification of Garmsar-Inche Boroun railway that links the city of Garmsar, in north of the Iranian capital Tehran, with the Iranian city of Inche-Boroun, on the border with Turkmenistan.

He further noted that the new $2.8 billion will be allocated for funding four major projects including manufacturing of 2,000 passenger wagons for the country’s subways and also construction of a railway between the southeastern provinces of Sistan-Baluchestan and eastern province of South Khorasan, renovation of Ahvaz power plant in southwestern Province of Khouzestan and construction of a hydro-electric power plant in western Iran.

Earlier this month, Ardakanian headed a delegation to visit Moscow in order to follow up on the issue of Russia’s allocation of $5 billion of loan for implementation of development projects in Iran.

He met with his Russian counterpart Alexander Novak in Moscow on November 21 and stressed expansion of ties in all areas.

Iran and Russia had signed eight memorandums of understanding (MOUs) in the 15th Iran-Russia Joint Economic Committee meeting which was wrapped up on June 17 in Isfahan.