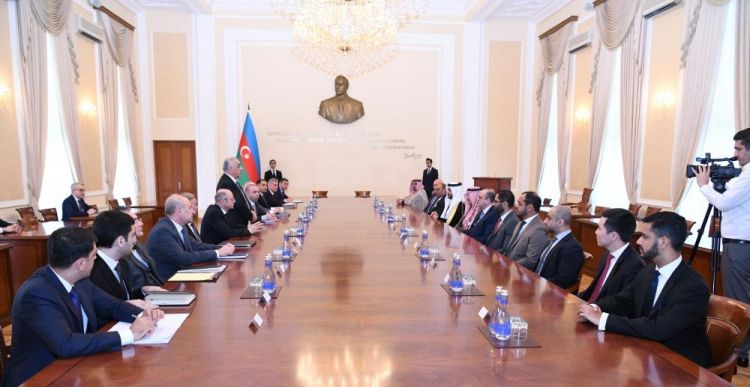 The Azerbaijani Ministry of Energy and Saudi Arabia’s ACWA Power company and the UAE’s Masdar company signed agreements on the implementation of pilot renewable energy projects in the Cabinet of Ministers on January 9, Eurasia Diary reports citing AzerNews.

Azerbaijani Prime Minister Ali Asadov stressed the need for new approaches in the result of the development of economy and the growth of the non-oil sector.

Prime Minister emphisized the importance of the agreemnts in order to boos investmen in Azebaijan which creates new job opportunities.

Chairman of the Board of ACWA Power Mohammed Abunayyan expressed his staisfaction for signing the agreement with Azerbaijan.

"We are proud to sign this agreement with the government of Azerbaijan," he stated.

“With 10 years of experience, we are proud to support Azerbaijan and its transition to clean energy,” The Chief Executive of Masdar Mohamed Jameel Al Ramahi noted.