Unknown fighter jets tried to attack the Russian air base in Syria
Read: 799 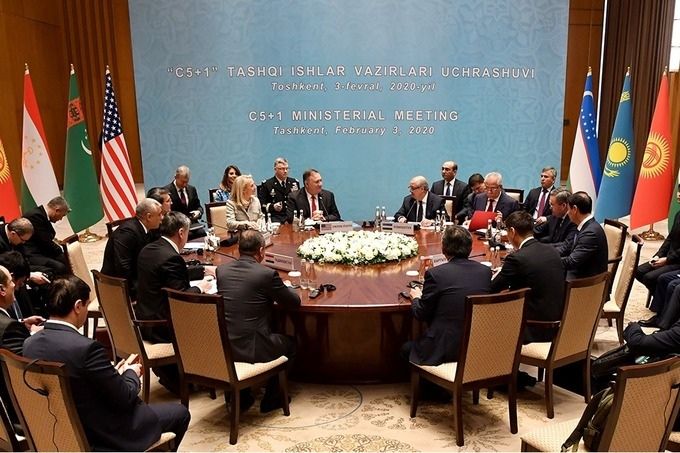 The attendees of the C5+1 Ministerial Meeting agreed to cooperate in border security and fight against terrorism, illegal migration, human and drug trafficking, facilitation of the coordinated regional projects in trade and transportation, the Foreign Ministry of Uzbekistan said, Eurasia Diary reports citing AKIpress.

The U.S. Secretary of State, the Foreign Ministers of Kazakhstan, Kyrgyzstan, Tajikistan, Turkmenistan and Uzbekistan adopted the joint statement following the meeting on February 3 in Tashkent.

The participants of the meeting vowed to develop partnership in the following priority areas:

- facilitation of coordinated regional projects aimed to boost trade, transport, logistical, infrastructure ties, entrepreneurship, expansion of business and investment contacts between business circles of the states of the region and the United States;

- development of cooperation between the countries of the region in energy sector, including renewable energy sources and support of the national plans to adapt to climate change;

- preparation of suggestions and initiatives aimed to improve scientific, technologies, social and innovative development of the region, increase of its tourist capacity;

The Foreign Ministers agreed to develop cooperation in border security and to step up efforts of the border services of the region in fight against such trans-boundary threats as proliferation of mass destruction weapons, terrorism, illegal migration, human and drug trafficking, terrorism, illegal migration, including with involvement of the Central Asian Regional Information Coordination Center.

The Foreign Ministers made the decision to expand the dialogue on threats emanating from international terrorists, to share practices in counteraction to terrorism and violent extremism.

The C5+1 platform countries agreed to maintain mutually beneficial cooperation for the sake of peaceful process and political regulation of the situation in Afghanistan, strengthening of trade, economic, transport and infrastructure ties of the Central Asian states with Afghanistan.

The efforts will be also made to strengthen civil society, including via human rights protection and respect of international law norms.