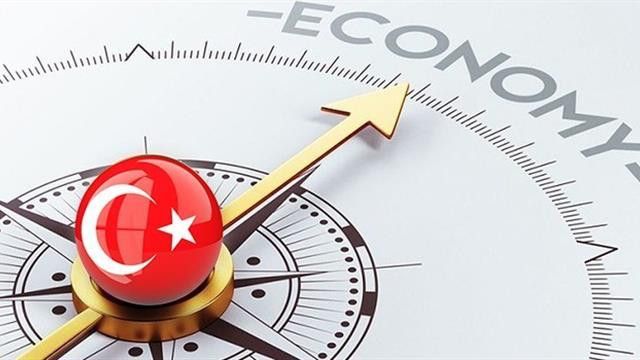 Turkey’s economy grew by an annual 4.5 percent in the first quarter of the year, spurred on by a jump in government spending, EDNews.net reports citing Ahval News.
Government final consumption expenditure increased by an annual 6.2 percent in the three months to March, the Turkish Statistical Institute said on Friday. Consumer spending rose by 5.1 percent, while gross fixed capital formation dropped by 1.4 percent and exports fell 1 percent.
Turkey’s growth rate lagged economists’ forecasts. Three surveys by Bloomberg, Reuters and the state-run Anadolu news agency had predicted an expansion in gross domestic product (GDP) of between 4.9 percent and 5.4 percent. The economy grew by 6 percent in the final quarter of 2019.
The Turkish government has increased spending to help stoke economic activity since a currency crisis struck in the summer of 2018. But the global COVID-19 pandemic has hit the recovery. Turkey reported its first case of the virus on March 11.
Economic output over the 12 months to March totalled $758 billion, the figures showed. That compared with output of $754 billion in 2019. Dollar-based data is impacted by the lira’s performance against the currency.
On a quarter-on-quarter basis, the economy grew by 0.6 percent after expanding 1.9 percent in the fourth quarter of last year, the institute said.