Azerbaijani oil to be delivered to Ukrainian port of Odessa in late June | Eurasia Diary - ednews.net 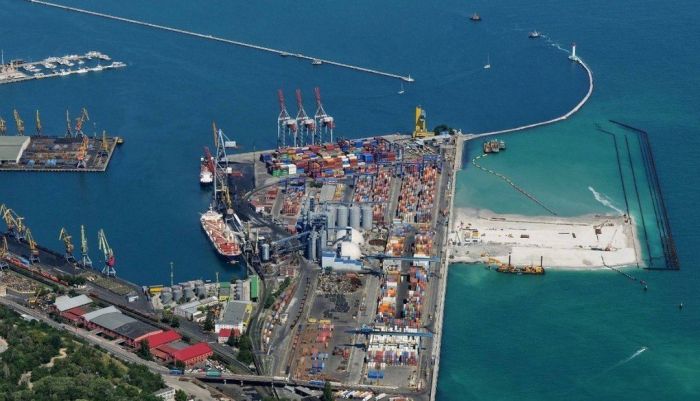 Azerbaijani oil is expected to be delivered to Ukrainian port of Odessa before the end of the month, Spokesperson of the Belarusian State Concern for Oil and Chemistry (Belneftekhim Concern) Alexander Tishchenko told Trend News Agency.

It was reported earlier that from March through April 2020, SOCAR Trading (Azerbaijani State Oil Company’s affiliate) supplied four batches totaling nearly 335,000 tons of oil (three batches with about 250,000 tons of oil in March and one with 85,000 tons in April) via the port of Odessa and Odessa-Brody pipeline to the Belarusian Mozyr Oil Refinery for Belneftekhim Concern.

SOCAR may supply up to 1 million tons of oil to Belarus in 2020, Belneftekhim concern said earlier.

Oil supplies from Azerbaijan to Belarus via Odessa-Brody pipeline were also carried out in 2011. The contract envisioned supply of 4 million tons, but the actual volume of shipments amounted to about 900,000 tons.

The supplies to Belarus in the southern direction through Ukraine were resumed due to lack of imports from large Russian companies following disagreements over the price.

In the period of absence of oil supplies from Russia, Belarus began its alternative imports - through the Lithuanian port of Klaipeda by rail to the Belarusian Naftan refinery and through the port of Odessa to the Mozyr refinery via the Odessa-Brody and Brody-Mozyr oil pipelines. Alternative oil supplies were delivered from Norway and Azerbaijan.

In May 2020, Belneftekhim began importing oil from Saudi Arabia and the United States.