Space hurricane which rains electrons instead of water discovered by scientists
Read: 1340

Russia’s Su-15 is Unsophisticated But it Was Deadly - For a Time
Read: 821 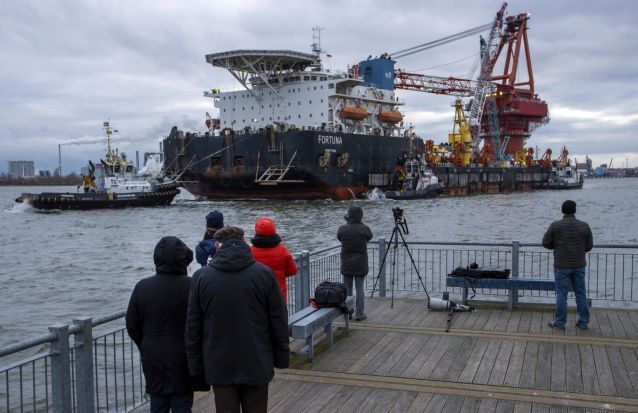 German authorities on Friday gave immediate permission for work to resume on a subsea pipeline bringing natural gas from Russia.
The decision by the Federal Maritime and Hydrographic Agency can be appealed, meaning there could be another halt to the construction on the Nord Stream 2 project, which has drawn major criticism from the United States, some other European countries and environmental groups.
The U.S. government has argued that the Baltic Sea pipeline would make Europe more dependent on Russian gas and hurt European energy security. The Kremlin has responded by accusing Washington of trying to promote its own liquefied natural gas sales.
The Russian state-controlled natural gas company, Gazprom, has positioned a ship to resume work on the multibillion pipeline, which was suspended after a Swiss firm pulled its vessels out of the project amid threats of U.S. sanctions. Because the Russian ship is of a different type than the Swiss vessels, Germany had to issue fresh authorization.
Gazprom says 6% of the pipeline, or about 150 kilometers (93 miles), still needs to be completed.