Biden has not yet made decision on halting Russian oil imports - White House - ednews.net 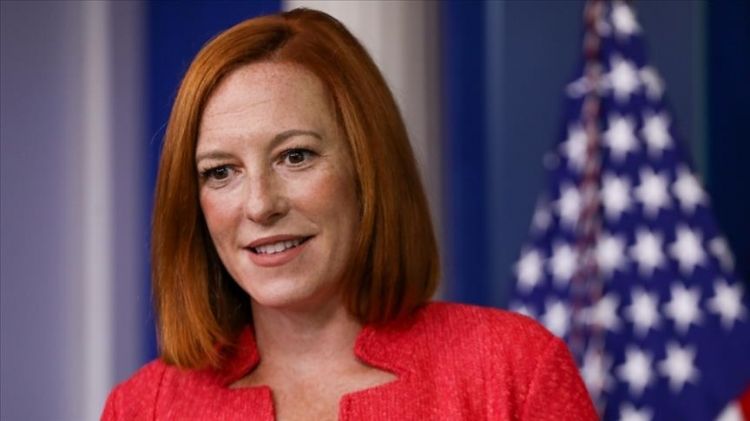 US President Joe Biden has not made a final decision on halting imports of Russian oil, the White House said on Monday as the world grapples with a surge in oil prices.
There are ongoing discussion on the matter both internally within the Biden administration, and with international partners, spokeswoman Jen Psaki told reporters.
Biden is predominantly focused on "ensuring we are continuing to take steps to deliver punishing economic consequences on Putin, taking all action necessary to limit the impact of prices at the gas pump," Psaki said, referring to Russian President Vladimir Putin.
The comments come as the price of oil has fallen modestly from a 13-year high hit over the weekend. A barrel of oil is now at $119.64, down from over $130 on Sunday.
Russia's war on Ukraine, which began on Feb. 24 has drawn international condemnation, led to financial sanctions on Moscow, and spurred an exodus of global companies from Russia. The West has also imposed biting export restrictions on key technologies that are now prohibited from being sent to Russia.
The West and its allies have so far stopped short of banning imports of Russian oil, but have placed restrictions on exports of key technology for Moscow's refining sector. ​​​​​​​
Separately commenting on trilateral negotiations with Poland to supply Ukraine with Polish MiG-29s, Psaki said it is "Poland’s sovereign decision to make."
She pointed to "a number of challenging practical questions" that would have to be addressed as part of any deal, including logistics on where the planes would take off from, and where in Ukraine they would be delivered.
As part of the deal, the US would reportedly provide Poland with US-made fighter jets in what has been referred to as a "backfill" of Poland's air force.
"As it relates to the backfill question, we are working through some pretty complicated logistics as well, including how we would backfill, because procuring new planes and transferring serious weapons systems often takes years to do from the United States," Psaki said.
At least 406 civilians have been killed and 801 others injured in Ukraine since the beginning of Russia's invasion of Ukraine war, according to UN figures. But the international body has maintained that conditions on the ground have made it "difficult to verify" the true number of civilian casualties.
More than 1.7 million people have also fled to neighboring countries, the UN Refugee Agency said.