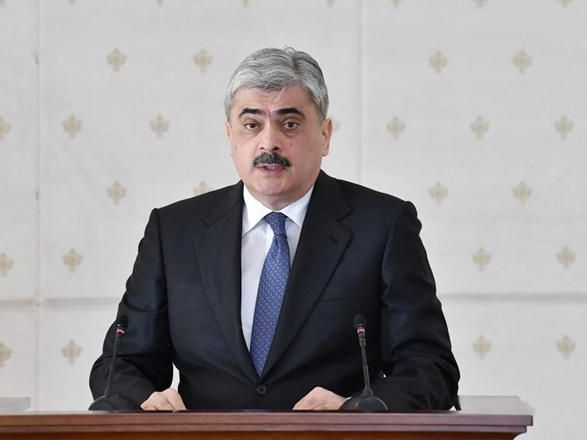 He made the remarks at a meeting of the country's parliamentary committee on economic policy, industry, and entrepreneurship during the discussion of the bill on "implementation of the 2021 state budget of Azerbaijan", Azernews reports.

The minister noted that the post-pandemic period in 2021 caused great uncertainty. He stressed that there was a gap between supply and demand, and the first signs of the problem now called the food crisis began to appear. He added that most of the predicted risk factors occurred in 2021.

Azerbaijan’s GDP grew by 6.8 percent in the first quarter of the year, the positive balance of foreign trade turnover exceeded $5 billion and the foreign debt was reduced by more than $600 million. Such positive economic figures were mostly achieved by the effective policy of social and economic development pursued in the country.

The country’s overall inflation rate is 12.2 percent for the first three months, while the food inflation is 18 percent.