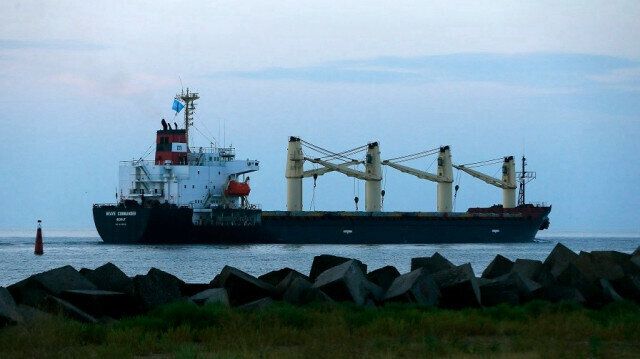 One more ship left a Ukrainian port under the Istanbul grain export deal, the Turkish National Defense Ministry said on Thursday.
Belize-flagged ship carrying corn departed from the Ukrainian port of Chornomorsk, the ministry said on Twitter.
It added that four ships will go to Ukraine for grain exports.
Türkiye, the UN, Russia, and Ukraine signed a deal last month to resume grain exports from the Ukrainian Black Sea ports of Yuzhny, Chornomorsk, and Odesa, which were halted due to the Russia-Ukraine war, now in its sixth month.
A Joint Coordination Center with officials from the three countries and the UN has been set up in Istanbul to oversee the shipments.
Since the first departure on Aug. 1, a total of 26 ships have left Ukrainian ports under the deal.