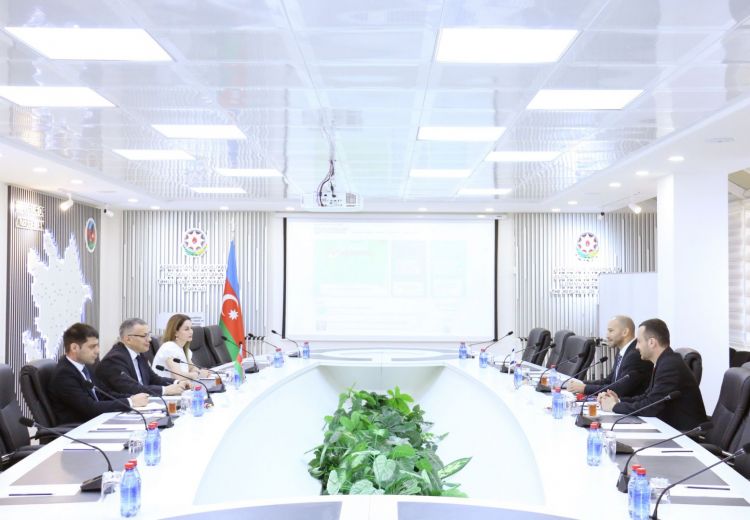 Azerbaijan and Israel have discussed the cooperation in digital economy and innovations sector, Azernews reports.

The discussion took place during a meeting between Azerbaijani Center for Analysis of Economic Reforms and Communication Executive Director Vusal Gasimli and Israeli Deputy Ambassador and the Economic and Trade Advisor of the Embassy Doron Peer.

During the meeting, Vusal Gasimli spoke about Azerbaijan's socio-economic development strategy for 2022-2026 and other projects coordinated by the center.

Speaking about innovations in the field of digital economy and innovation in Azerbaijan, he noted the importance of cooperation with Israel.

Afterward, presentations were made about digital portals, such as az azexport.az and enterpriseazerbaijan.gov.az.

In his turn, Doron Peer expressed satisfaction with the projects and noted that Israel is interested in cooperation with Azerbaijan in many fields. In addition, he spoke about new projects in the field of economy, trade, and innovation.

Azerbaijan and Israel have been expanding bilateral cooperation over years. Cooperation between the two countries is based not only on economic partnership but also on traditional historical and cultural roots, as well as mutual respect and trust.

During the 44-day Second Karabakh War, Israel was among the first countries to express support for Azerbaijan's just position and territorial integrity. In addition, Israeli companies are involved in the restoration and reconstruction process in Azerbaijan's liberated territories.