Russian diplomat warns with return of Cold War by race for military dominance in Europe
Read: 440

III ANIMAFILM ANNOUNCES THE PARTICIPANTS OF THE COMPETITION PROGRAM
Read: 346

WHO extends state of emergency over coronavirus pandemic for another 3 months
Read: 330

Looking to shift the tyre around your belly? You can burn twice as much fat by switching up when you eat breakfast, research shows 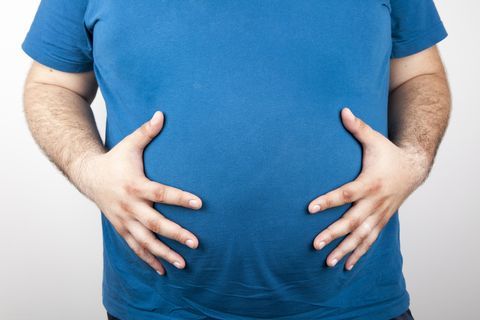 Want to burn more fat without any extra effort?
Apparently, the key is to exercise before you’ve eaten breakfast.
A study showed that those who delay their morning meal could burn twice as much fat as those who train after it.
Switching up your fitness routine could have other health benefits too.
Scientists believe it could lower gym bunnies’ risk of type-2 diabetes and cardiovascular disease.
Experts at the universities of Bath and Birmingham put 30 overweight men through a six week training men.
They split the group in two, instructing one half of participants to eat breakfast before cycling three times a week.
Meanwhile, the other blokes ate after their bike workout.
During the test, all participants were given similar meals and exercise intensities.
This prevented results from being skewed, allowing scientists to make comparisons between the groups.
Results showed that those who delayed breakfast saw the best results.
While both groups lost the same amount of weight, participants who ate after their workout doubled their fat-burning potential.
They were also shown to be “dramatically” healthier as their insulin levels had lowered.
Dr Javier Gonzalez, from the University of Bath, said: “Our results suggest that changing the timing of when you eat in relation to when you exercise can bring about profound and positive changes to your overall health.
“We found that the men in the study who exercised before breakfast burned double the amount of fat than the group who exercised after.
“Importantly, whilst this didn’t have any effect on weight loss, it did dramatically improve their overall health.
“The group who exercised before breakfast increased their ability to respond to insulin, which is all the more remarkable given that both exercise groups lost a similar amount of weight and both gained a similar amount of fitness.
“The only difference was the timing of the food intake.”
While the scientists believe the findings are interesting, they acknowledge that more research must be done to explore the effect of morning mealtimes on burning fat.
In the future, researchers want to track participants on a long term basis.
They also want to trial the experiment on women.
Dr Gareth Wallis, from the University of Birmingham, added: “This work suggests that performing exercise in the overnight-fasted state can increase the health benefits of exercise for individuals, without changing the intensity, duration or perception of their effort.
“We now need to explore the longer-term effects of this type of exercise and whether women benefit in the same way as men.”
If you’re concerned about your weight, seek the advice of your GP.
You should always consult a doctor before making drastic changes to your diet or routine.