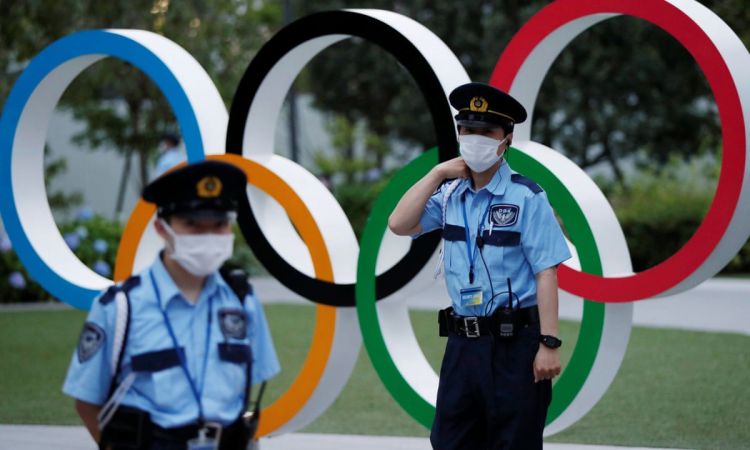 The Latest on the Tokyo Olympics, which are taking place under heavy restrictions after a year’s delay because of the coronavirus pandemic:
___
Tokyo Olympics organizers say they have banished six people, including two silver medalists from the country of Georgia, for breaking rules designed to protect against COVID-19 cases.
Toshiro Muto, the games chief executive, says it was a “clear and serious violation” of the so-called playbooks of health and safety rules for two Georgian judokas to go sight-seeing.
Vazha Margvelashvili and Lasha Shavdatuashvili were seen near Tokyo Tower on Tuesday, after their events were finished.
Muto says the Georgian embassy in Tokyo has apologized for the incident.
The other four were accredited contractors from Britain and the United States arrested for allegedly using cocaine before the Olympics opened.
Muto says there have been eight cases of games credentials being temporarily suspended.
In four cases, organizers collected a “signed pledge” from people suspected of breaking rules. Ten strict warnings were issued, Muto says.