Ibrahimovic statue has nose cut off 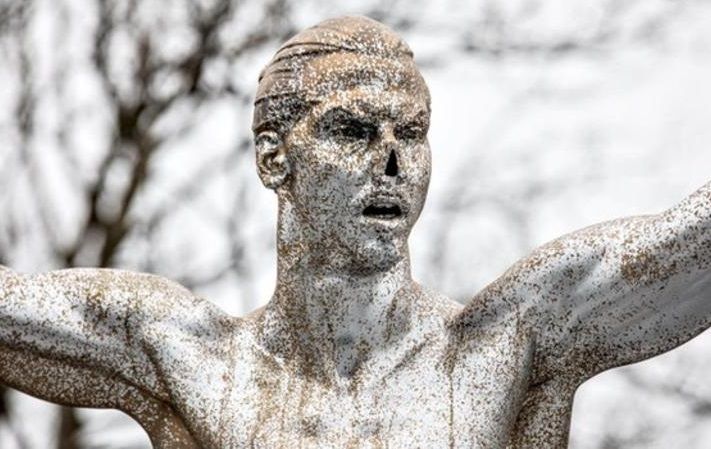 Vandals have cut off the nose of a statue of Zlatan Ibrahimovic outside Malmo's stadium in Sweden, Eurasia Diary reports citing BBC.

It is the latest act of vandalism directed at the statue since it was announced that Ibrahimovic had invested in a rival club last month.

Former Sweden striker Ibrahimovic, 38, made his professional debut for Malmo 20 years ago.

The statue's artist Peter Linde has appealed for people to stop the vandalism.

The former Ajax, Juventus, Inter Milan, Barcelona, AC Milan, Paris St-Germain and Manchester United player is looking for his next club having left LA Galaxy at the end of the MLS season.

On 27 November it was announced he had bought 25% of the shares in Hammarby, who finished third in this year's Swedish championship

That same day, the 3.5 metre high bronze structure, commissioned by the Swedish FA and unveiled on 9 October, was sprayed with paint, set on fire and a toilet seat put over its arm. Ibrahimovic's house in Stockholm was also vandalised, with 'Judas' painted on the front door.