"He made our dreams come true. He started from scratch and became a hero." - Ambassador - VIDEO | Eurasia Diary - ednews.net

"He made our dreams come true. He started from scratch and became a hero." - Ambassador - VIDEO 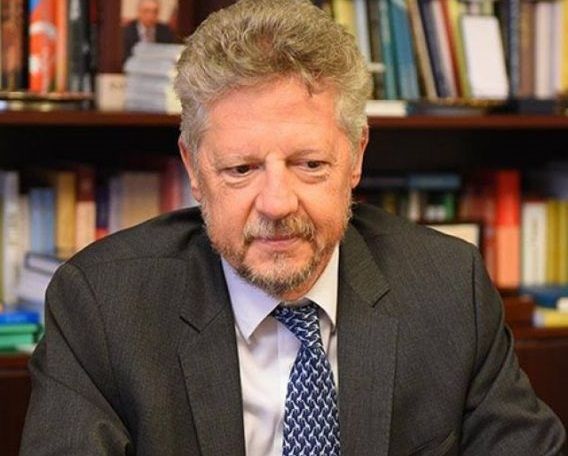 "Argentina is crying. The whole football world is in mourning with this sad news. The football legend was only 60 years old," the media said.
Mr. Sergio Perez Gunnella shared his feelings and emotions about this great loss on our website.
“Diego was a member of our family. He was not only an Argentinian, but also a genius person. We are the decendants of the same generation, the same era. We watched him all the time and he started playing for local teams and became a world football legend before our eyes. I remember his performance for Argentina at the World Cup. He really was a legend. We, football fans, enjoyed his game. In fact, he came from a poor and humble family. He is one of the last legends of the football world with his talent, hard work and education.
The Argentinians are grateful to him for the last World Cup in 1986. Despite being surrounded by six English players in the game with the England national team, he was able to score from the centre of the field. He was awarded the title of best player. It was a great achievement. He made us dream. He was an ordinary man, but he became everything to all of us, especially to all football fans. He started from scratch and became a hero, ”said the ambassador.
Note:
Maradona is well known for playing for Barcelona (1982-84) and Napoli (1984-91). The legend, who is the captain of the Argentina national team, became the 1986 world champion and four years later the vice-champion. Maradona, a two-time Italian champion with Napoli, has been the subject of scandals over drugs, as well as his goal against England in the quarter-finals of the 1986 World Cup. Maradona, who finished his career at Boca Juniors in 1997, has coached Textile Mandiyu, Racing, the Argentina national team, Al-Wasl, Al-Fujairah, Dorados and Gymnasium and Esqrima.