A full-scale invasion in Ukraine would pose a threat to security of Europe - Moscow continues to destabilize Ukraine - ednews.net

According to the New York Times, Russia is going to prepare a possible offensive military operation against Ukraine. The United States has warned its allies in Europe that Russia will intervene in Ukraine soon and stressed the importance of moving together to impede plans of the Kremlin.

Videos posted on social media clearly show that the Russian army has amassed thousands of tanks and armoured vehicles in the Voronezh region on the border with Ukraine. 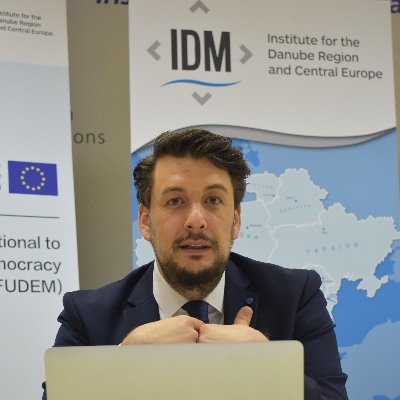 Sebastian Schäffer is Managing Director at the Institute for the Danube Region and Central Europe (IDM) as well as Secretary General of the Danube Rectors’ Conference (DRC) in Vienna and founder of SSC Europe, a competence network for Seminars, Simulations, and Consulting.

His areas of expertise include European Neighbourhood Policy, EU-Russia relations, Eastern Partnership (especially Moldova and Ukraine), EU integration as well as the EU Strategy for the Danube Region.

- How is it possible to believe that the Russian army would intervene in eastern regions of Ukraine in the near future?

- It is an interesting question. I do understand why you would ask it, as under normal circumstances it seems unbelievable. But in these uncertain times, I would rather ask how is it not possible? To avoid any misunderstanding, I do not believe that the Russian Federation is interested in a complete escalation, but the Kremlin will seize any opportunity it is presented with. A build-up of troops at the border with Ukraine could also already be observed in spring this year, however this time it seems to be much more obvious, on a much larger scale, as well as including movement on NATO’s Eastern flank.

- What threats will Russian intervention pose to the security and stability in Europe?

- A full-scale invasion would pose an unprecedented threat to the security and stability in post-World War II Europe and this can neither be in the interest of the Russian Federation, nor the NATO members. Unfortunately, many things that seem to have been unimaginable have become a reality nowadays.

- According to the report of the United States and Britain, Russia has intention to create a corridor through the Donbas region to link Crimea with its mainland. They assume that Moscow is stressing the necessity of forming the buffer zone in eastern Ukraine to ensure the Russian population in Crimea with water resources and protect the security of this region, which it illegally annexed in 2014.  Do you think that these geostrategic goals of Russia would encourage the Kremlin to launch the offensive military operation against Ukraine?

- There has been a lot of speculation already about the geostrategic goals after the war in Ukraine started in 2014. As I mentioned before, if an opportunity presents itself, the Russian President will seize it. While the main goal in spring is to appear threatening, the current situation is much more volatile and therefore also dangerous. A pretext for an intervention like protecting Russian citizens has been the modus operandi of the Kremlin. Also, a reaction to the possible ambitions of countries in the shared neighbourhood to become a NATO member has always provoked reactions from Moscow. While the Russian Federation should respect the decisions of sovereign countries, this is also again exploited in the usual way, namely that the reaction by the Kremlin is defensive against military escalation in the region.

- Do you think that the military intervention of Russia in eastern territories of Ukraine would lead to large-scale war in the Black sea and Eastern Europe?

- I believe that the situation at the Polish-Belarus border has a huge potential for such an escalation as it directly involves a NATO member. However, I am afraid that the Russian Federation is testing the commitment, especially of the European partners, when it comes to Ukraine. I do not believe that the Kremlin wants a war with NATO, but they will use means to destabilize Ukraine, also militarily, if they are convinced that there will be no direct retaliation.

- Please tell us, to what extent the United States and its European allies are ready to protect the territorial integrity of Ukraine from the military attack of Russia? Does NATO have a strong strategy to maintain the security and stability in Black Sea and Eastern Ukraine?

- While both the United States and its European allies have voiced their support for Ukraine, it remains to be seen if there would also be actual consequences. While Washington is sending warships to the Black Sea as a deterrence, a move that has sort of helped to deescalate the situation in spring, when US fighter jets were sent to Poland, I am not sure if NATO is really prepared to defend Ukraine. I really do hope that no further escalation is imminent, as this would be a very dangerous downward spiral with unimaginable consequences for all of us.