The Spanish stone in the Brexit shoe | Eurasia Diary - ednews.net

The Spanish stone in the Brexit shoe

There are too many interests at stake for a second-line power to impose rules and conditions in a Europe in crisis. 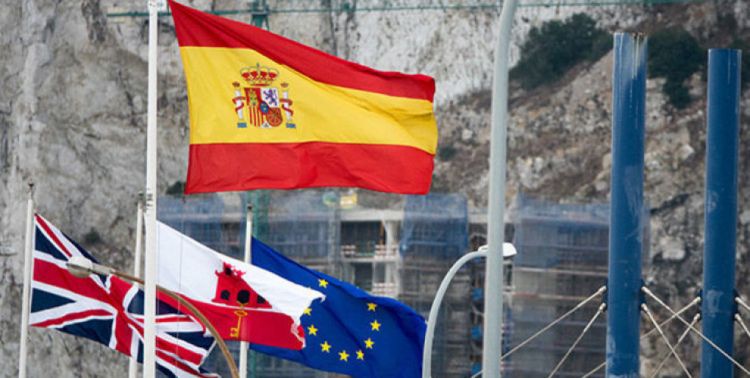 The intense and permanent negotiations to be able to implement the Brexit (the exit of Great Britain from the European Union) has stressed out all the parties involved.

Both the authorities of Great Britain and those of the 27 EU countries, run one marathon after another, to be able to fulfill their mandates and almost at the end when a basic document is announced to please all parties, came the Spanish stone.

While content of the preliminary agreement between the EU and Britain has to do with future bilateral relations, Spain, taking advantage of the occasion, introduced an unexpected collateral element: Gibraltar.  pain has always claimed sovereignty over the small and strategic Rock, which physically controls the entrance to the Mediterranean, and lost in its wars with Britain during the eighteenth century.

The Spanish defense starts from a clear geographical and historical bases but it collides in recent times with a unilateral referendum of the British metropolis (in application of the right of self-determination for colonial enclaves), where only the population registered as permanent and original was entitled to vote.

The result was that 95% of the slightly more than 30,000 voters expressed their desire to remain British.

The last-minute Spanish veto threat to the political agreement of future EU-Great Britain relations will surely find a response in the commitment, already expressed verbally by the British Government, to include a clause that will mean them having to consult with Spain on the issues concerning the future of the Rock of Gibraltar.

A concession that can only be interpreted as a way to satisfy the interest of Spain to maintain at least the current status quo, and leave open a possible direct recovery of the territory in the long term, without any exercise of the right of self-determination of the local population.

Despite statements by Spanish diplomats that the other 26 EU members fully understand their position, and their claim before Great Britain, it is clear to all EU members that Spain has unique and peculiar territorial characteristics: the Great Canary Islands, excluded from NATO and subject to special status, or the delicate enclaves of Ceuta and Melilla, just opposite the Rock of Gibraltar. Cities populated by a 65% of Arabs and Berbers and under claim of sovereignty of Morocco for exactly the same reasons that Spain argues with Gibraltar: history of conquest, obvious geographic and original population.

It really seems difficult to think that the EU, at this point and given the complexity of Brexit, will adjust to the Spanish requirements if they are not flexible, so surely everything will remain in a special section, to leave Spain satisfied without affecting Britain too much.

There are too many interests at stake for a second-line power to impose rules and conditions in a Europe in crisis.