The decision by the Trump Administration can be an indication of the things to come for New Delhi as India has also signed up with Russia to buy the S-400 missile defense system against the advice of the US. 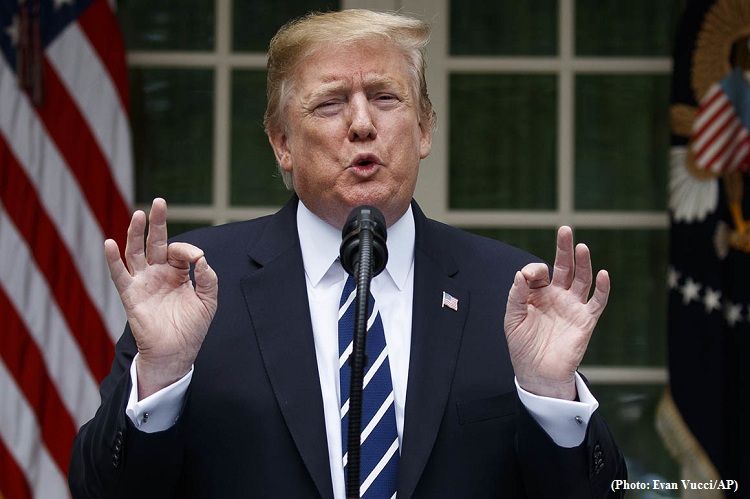 President Donald Trump has announced that the United States would not sell the F-35 fighter jets to Turkey because of the latter's decision to purchase the S-400 missile defense system from Russia, Money Control reports.

The decision by the Trump Administration can be an indication of the things to come for New Delhi as India has also signed up with Russia to buy the S-400 missile defense system against the advice of the US.

Trump said it was not fair that when Turkish President Recep Tayyip Erdogan "really wanted" to buy the Patriot surface-to-air missile system, the Obama administration did not sell it.

"We have a situation where Turkey is very good with us, very good. And we are now telling Turkey that because you have really been forced to buy another missile system, we're not going to sell you the F-35 fighter jets," Trump told reporters during a cabinet meeting at the White House on Tuesday.

Turkey received the first batch of the Russian missile defence system last Friday despite repeated warnings from NATO ally US against the purchase.

Describing it as a very complex situation, the president said his administration was working through and would see what happens.

"When he (Erdogan) made a deal with another country, Russia, to buy their system that he didn't even want, and then all of a sudden, we say we'll now sell you the Patriot," Trump said. "And because of the fact he bought a Russian missile, we're not allowed to sell him billions of dollars worth of aircraft. It's not a fair situation."