'We have no secret' - Putin reveals he informed Medvedev about government resignation
Read: 334

Zelensky’s party projected to get 246 seats, 58 percent of parliament - UPDATED 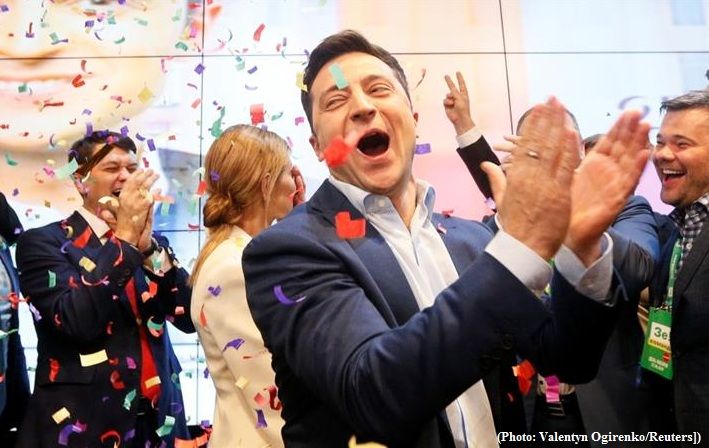 President Volodymyr Zelensky’s Servant of the People party won in all single-member districts in Kyiv, according to preliminary voting results, KyivPost reports.

One half of the Rada is elected in a general vote, through proportional party lists, and the other half is elected in single-member districts. To get a majority in the Rada, Zelensky’s party needs to win 226 seats.

Ukrainians were electing a parliament of 424 members. Of them, 225 are elected on party tickets, and 199 are elected in local races in single-member districts. Thus, citizens cast a vote for the party they support and one for a local representative. The vote is currently being counted.

The parliament is elected for a term of five years. It cannot be dissolved for one year after the election.

According to KyivPost 33.5 percent of votes are counted at 8:05 am.