Trump says he could win Afghan war 'in a week … but I don't want to kill 10m' - VIDEO | Eurasia Diary - ednews.net 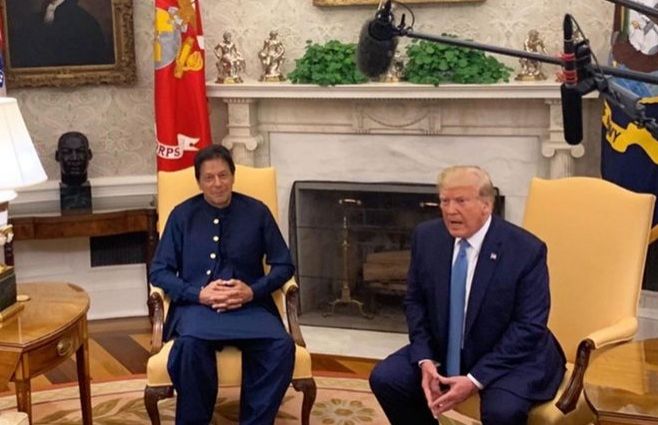 Donald Trump has said that he could win the Afghanistan war “in a week” but did not want to wipe the country “off the face of the Earth”, The Guardian reports.

Trump talked about the 18-year war in Afghanistan, as US officials pursue talks with Taliban officials, with cautious support from Islamabad.

“Pakistan’s going to help us out to extricate ourselves,” Trump said at an Oval Office meeting with Khan. “We’re like policemen. We’re not fighting a war. If we wanted to fight a war in Afghanistan and win it, I could win that war in a week. But I don’t want to kill 10 million people. Afghanistan could be wiped off the face of the Earth. I don’t want to go that route.”

Trump added that there was hope that the Taliban would talk about peace in the coming days. A White House statement later acknowledged: “Pakistan has made efforts to facilitate the Afghanistan peace talks, and we are going to ask them to do more.”