Russia will not let UNSC become toy in hands of US - Russian Diplomat
Read: 720 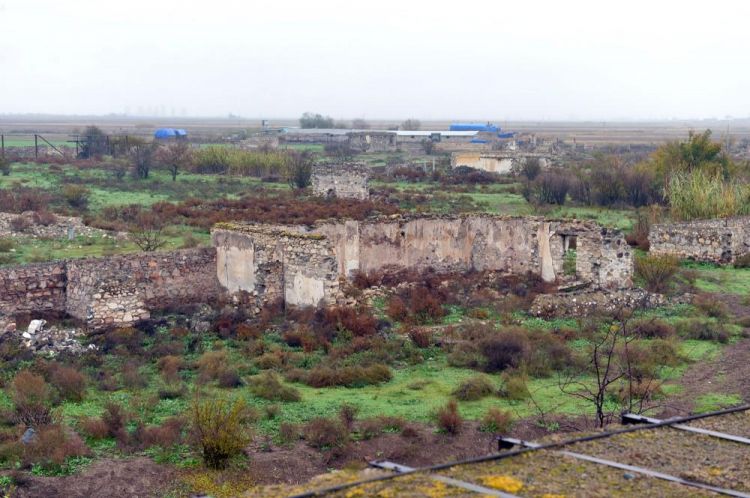 26 years have passed since the occupation of Azerbaijan’s Fuzuli and Jabrayil regions by the Armenian armed forces.

Fuzuli district was occupied by the Armenian military units on August 23, 1993 and 125368 ha of territory (50 villages) west of Fuzulidistrict, which has 139393 ha of total area, is still under occupation. 13 settlements and 20 villages of the district territory were liberated from the Armenian occupation. 12 settlements were built newly and internally displaced persons settled there. 51,000 displaced persons settled in 12 newly-built IDP settlements. Thousands of residents of Fuzuli district fought for the liberation of their homeland. 1,100 people became martyrs in the battles against the Armenian aggressors and 1,450 became invalids.

11 Eastern plane-trees of 200-1400 age were protected as the natural monuments before the occupation.

Large water complexes of fourth chalk and Jurassic periods, as well as 193 000 cubic meters of infrabed water resources were discovered during the hydro-geological research in 1960-80 in the region’s mountainous areas.

The operational center of the Ministry of Ecology and Natural Resources for determination of the destructive effect on the environment and natural resources of the occupied Azerbaijani territories found the following facts of the destruction of the region’s natural resources by the Armenians: trees were completely cut in the large forest areas and Dovlatyarli village, roadside trees throughout the village of Gochahmadli were also cut, roadside greenery areas disappeared in Yaghlivand village and more than 35 000 ha of territory were burnt by the Armenians.

14 Eastern plane-trees of 200-1600 age, as well as other valuable trees and “Divlar sarayi” cave in Daghtumash village were protected as the natural monuments before the occupation.

Armenians destroyed about 120 historic and architectural monuments, valuable forests, rich mineral and natural resources and exceptional flora and fauna in the region. They also committed arsons in more than 16 000 ha of territory in the region.