If re-elected I will annex settlements in Hebron - Netanyahu | Eurasia Diary - ednews.net

US seeks to seize gasoline in four Iran tankers bound for Venezuela
Read: 360

If re-elected I will annex settlements in Hebron - Netanyahu 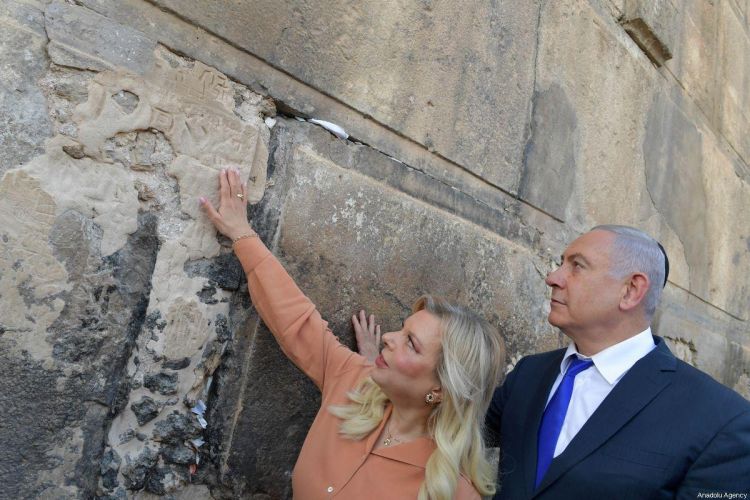 Israeli Prime Minister Benjamin Netanyahu declared this morning “for the first time” that if re-elected, he will annex Kiryat Arba and other settlements in Hebron, reported the Jerusalem Post, Middle East Monitor reports.

Netanyahu made the remarks speaking to Efi Triger on Army Radio‘s Good Morning Israel show, just one day before Israelis go to the polls for the second time this year.

Asked by Triger if “Kiryat Arba and the Jewish community in Hebron” will be annexed, Netanyahu replied: “Of course. They will be part of Israel. But I need a mandate to execute this plan.”

The Likud leader went further than comments he made 11 days ago during a visit to Hebron, when Netanyahu disappointed settlers by failing to make an annexation pledge.

Speaking to Army Radio Netanyahu said that he told US President Donald Trump: “I plan to apply sovereignty on all of the settlements, including in the blocs, and the territory [around it] and all the settlements and the sites that have importance from a security or Israeli heritage perspective.”

“I said that no one will be uprooted, I won’t recognize the [Palestinian] right of return and I said that Jerusalem must remain united. All these things were said,” the prime minister said.

Netanyahu also reiterated claims he has made in recent weeks, namely that Trump will release his administration’s so-called peace plan shortly after the elections.

“We are determining Israel’s final borders, so it has strategic depth and heights,” Netanyahu said.

The prime minister’s remarks about Kiryat Arba follow on from his pledge last week to annex the Jordan Valley region of the occupied West Bank, and ultimately to “apply sovereignty” to all Israeli settlements across the occupied Palestinian territory.

On Sunday, the Israeli cabinet met in illegal outpost Mevo’ot Yericho in the Jordan Valley, where the government approved a proposal to retroactively authorise the outpost, effectively creating a new official settlement (all of which are illegal under international law).