The loss of the four young men is extremely sad and we share grief of their families – British journalist
Read: 1950

Second vote on follow-on Russian, Chinese resolution fails to gain single vote in support besides those cast by sponsors. 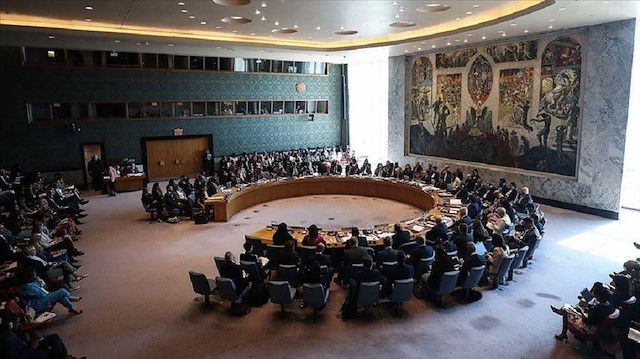 Russia and China vetoed a UN Security Council resolution Thursday that calls for a near immediate humanitarian cease-fire in northwest Syria's Idlib province.

The proposal, put forth by Kuwait, Germany, and Belgium, would have demanded an end to all hostilities in Syria’s last opposition-held enclave without exception. It was defeated 12-2 in the 15-member council as Equitorial Guinea abstained.

The thwarted resolution called for an end to hostilities "to avoid a further deterioration of the already catastrophic humanitarian situation in Idlib governorate." It would have gone into effect beginning Sept. 21 at noon.

A follow-up vote on a Russian and Chinese draft resolution regarding Idlib failed to garner a single vote in support besides those cast by its sponsors. In all nine nations voted against the measure, and four abstained.

It would have allowed for ongoing military operations against "terrorists" and other groups proscribed by the UN.

"Unlike the other draft," Russia's UN envoy Vasily Nebenzya said ahead of the vote, "our text is characterized by an exclusively humanitarian approach and does not contain any politicized passages."