Russian T-14 Armata tank could be transformed into nuclear weapon - US
Read: 879 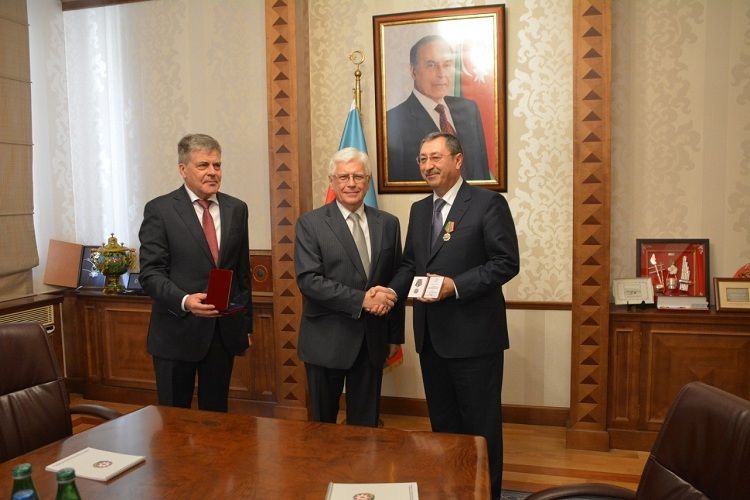 Deputy Foreign Minister of Azerbaijan Khalaf Khalafov was awarded the breastplate "For contribution to international cooperation" by the Russian Foreign Ministry on the occasion of his 60th anniversary, Report News Agency writes.

Russian Ambassador to Azerbaijan Mikhail Bocharnikov arrived at the Ministry of Foreign Affairs to present the award and read a letter from Russian Foreign Minister Sergey Lavrov.

The diplomat noted that Khalaf Khalafov made an important contribution to the strengthening of multilateral Azerbaijani-Russian cooperation.