The loss of the four young men is extremely sad and we share grief of their families – British journalist
Read: 1967 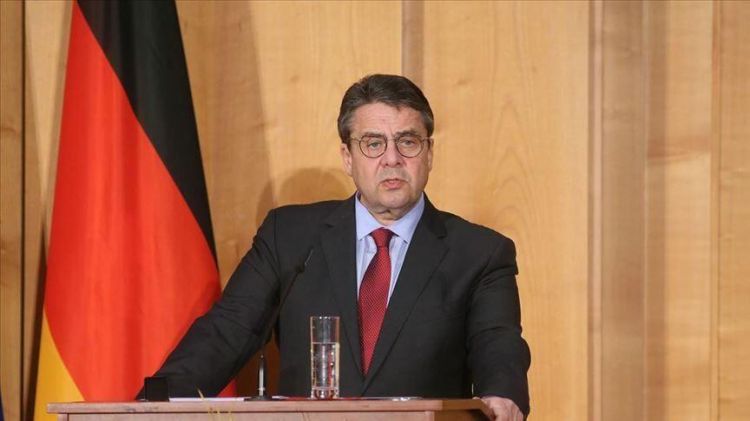 Former German Foreign Minister Sigmar Gabriel has sharply criticized the U.S. for providing support to groups in northern Syria linked to the PKK terrorist organization despite repeated warnings from its NATO ally Turkey and consequently creating a deep rift between Washington and Ankara.

“The mistakes already began under the Obama administration,” Gabriel said in an exclusive interview with the Bild daily.

“The then U.S. President [Barack Obama] wanted to withdraw the U.S. troops and decided to cooperate with the YPG in order to fill the vacuum. Of course he knew that, despite the denials, the Syrian branch of the PKK would gain control over territories in northeastern Syria,” he added.

Gabriel, a prominent Social Democrat politician who served as foreign minister from 2017 to 2018, recalled that Turkey had long viewed the PKK’s Syrian affiliate the YPG as a major security threat.

“It must have been clear to all that Turkey would never allow the formation of a PKK state on its Syrian border. Turkey will never let the PKK/YPG fill the current power vacuum,” he stressed.

The PKK, which is listed as a terrorist organization by Turkey, the U.S. and the European Union, waged a terror campaign against Turkey for more than 30 years and has been responsible for the deaths of nearly 40,000 people.

Germany’s former top diplomat also criticized the European countries for closing their eyes to Syria’s bloody civil war for too long and turning down Turkey’s proposals to create a no-fly zone in Syria to protect the civilian population.

“That failed because of the vetoes by many European countries, including Germany. Looking back, it was probably a mistake,” he said.

“Now it is too late to do something.”

In the meantime, Amanda Sloat, a senior fellow at the Brookings Institute, on Oct. 9 said the U.S. played down Turkey’s concerns about the YPG, the Syrian affiliate of the PKK terrorist group, prompting Turkish troops to move into northern Syria.

"That couldn’t last," she wrote in an article for The Washington Post, noting that U.S. support for the YPG in the region "has been a ticking time bomb" since 2014.