2750 tonnes of ammonium nitrate stored at Beirut warehouse at centre of explosion
Read: 696 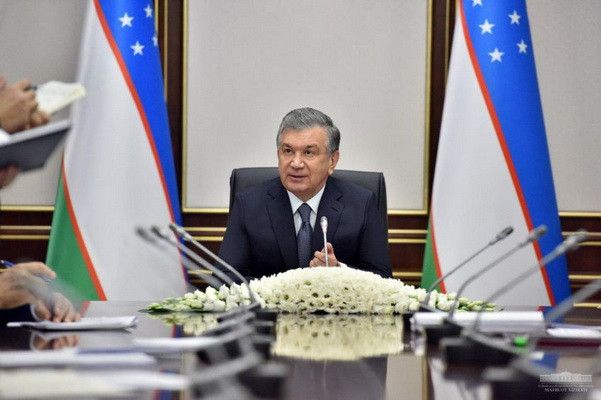 President of Uzbekistan Shavkat Mirziyoyev published an article in Huriyyet Daily News about the current and future relations among the members of Turkic Council, Eurasia Diary reports.

"Today, the Turkic Council is a prestigious international platform for enhancing and deepening dialogue and cooperation among member countries, effective promotion their interests on the international arena.

The Republic of Uzbekistan as an integral part of the large Turkic family attaches great importance to the development of relations with Turkic-speaking countries. Back in the early years of its independence Uzbekistan has brought forward the initiative "Turkestan - our common home," which had been supported by the Turkic-speaking community. Our country took an active part in the first summits of heads of Turkic-speaking state. The historical 4th meeting of leaders took place on 21 October 1996 in Tashkent.

It became an important milestone in the development of cooperation of Turkic-speaking states and to some extent laid the foundation for the creation of the contemporary Turkic Council. By signing the Tashkent Declaration then, the heads of state emphasized the need for regular mutual consultations and agreed to establish the Secretariat for the heads of Turkic-speaking state meetings. This the most important institution is embodied in today’s Secretariat of the Cooperation Council, established by the Nakhchivan Agreement on the establishment of the Turkic Council exactly 10 years ago.

Positive trends in interstate relations in the subregion of the Turkic Council open up for us new prospects for enhancing cooperation further both within the Turkic Council and in relations with international institutions and mechanisms, such as the United Nations, OSCE, OIC, ECO, “The Heart of Asia - Istanbul Process for Afghanistan”.

The Council has wide opportunities as an advisory, coordination mechanism of interstate relations and an instrument for promoting of equal, mutually beneficial international cooperation in Central Asia, the Caucasus, the Middle East and Europe. There are no disputes or disagreements among member states which in my opinion is a vital advantage. All participants adhere to coinciding or close views and positions on contemporary issues related to the Turkic Council activity, international and regional agenda. It means that today there are no barriers for active interaction in such priority areas as economy, investments, innovations and high technologies, alternative energy and ecology, transport and communications, tourism, science and education, medicine.

The achieved level of comprehensive cooperation among the countries of the Turkic Council inspires great optimism. While its real potential is much greater. We have everything we need, and most importantly, the strong political will to achieve even higher milestones, which unconditionally and fully meet the interests of our people.

As you know, the people of the Turkic-speaking countries have a unique and invaluable cultural, historical and spiritual heritage, which belongs to all mankind. In our countries the historical monuments of the Turkic and Islamic civilisation, heritage of great scientists, poets, thinkers and artists have been carefully preserved. This priceless wealth belongs to all mankind, and the world should see it, which can be facilitated by active development of pilgrimage tourism. The travel industry, along with the economic component, plays an important role in rapprochement of countries and peoples."