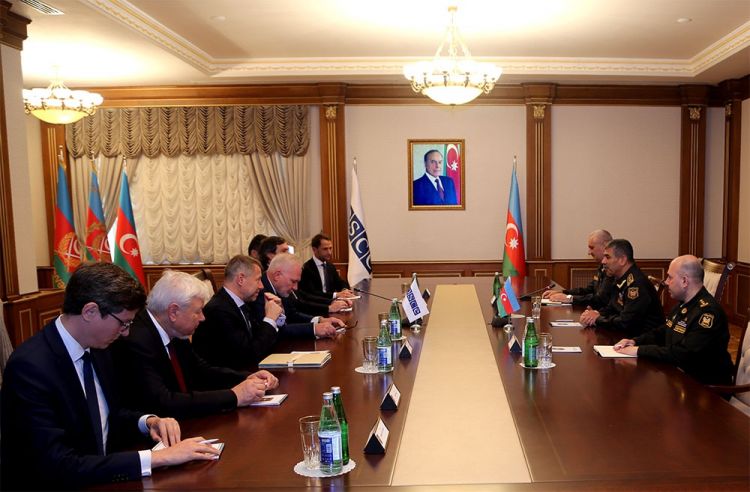 On October 17, the Minister of Defense of the Republic of Azerbaijan Colonel General Zakir Hasanov has met with the Co-Chairs of the OSCE Minsk Group Igor Popov (Russia), Andrew Schofer (USA), Stephane Visconti (France) and the Personal Representative of the OSCE Chairperson-in-Office Andrzej Kasprzyk.