When Real Madrid or Barca knock on the door the other clubs must tremble - Guardiola on Sterling transfer
Read: 354 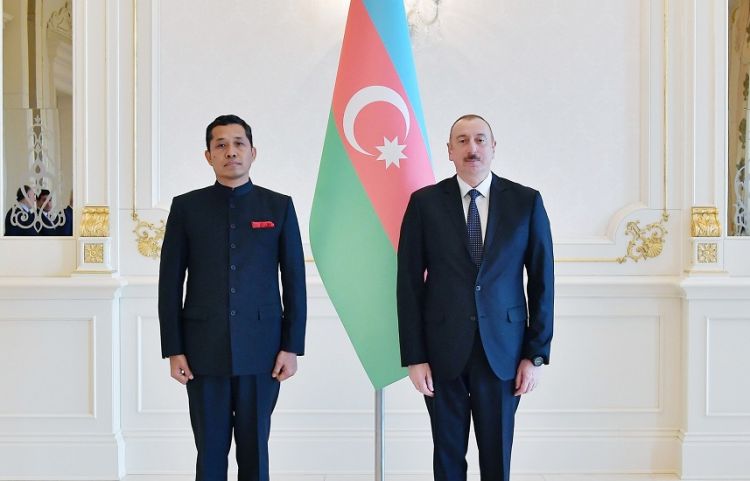 Responding to queries regarding the implementation of the Jammu and Kashmir Reorganization Act 2019 and the coming into existence of the Union Territory of Jammu and Kashmir and Union Territory of Ladakh on 31 October 2019, Ambassador of India B.Vanlalvawna said that the changes will promote economic development, ensure better and accountable governance and deliver socio-economic justice to the people of the region particularly to those who are less privileged, Eurasia Diary reports.

The Ambassador said that the changes have enabled application of 106 National Legislations to protect the rights of women, children and under-privilaged sections which were earlier not applicable to Jammu and Kashmir. The creation of the Union Territory of Ladakh has also fulfilled the long aspiration of the people and will remove regional disparity. The Government of India has also committed to 90% funding for projects for the two Union Territories (60% funding for other states/union territories) and this will have a significant impact on the overall social and economic developments of the two Union Territories. He further added that elections to local bodies were successfully held on 24 October 2019 with the participation of 98% of the voters.

Giving an update on the situation in Jammu and Kashmir and Ladakh, the Ambassador said that things are gradually returning to normal. All restrictions on movements have been lifted, communications including landlines and mobile phones have been restored, schools and hospitals, government offices and business establishments are open. He reiterated that since 5 August 2019, no single live bullet has been fired and no civilian life has been lost as a result of action by the security. On the other hand, he said terrorists have continued to be indulged in intimidating and killing of civilians, labourers, transporters and apple growers of the region.