NATO’s internal tensions unlikely to ease in near future - Analyst 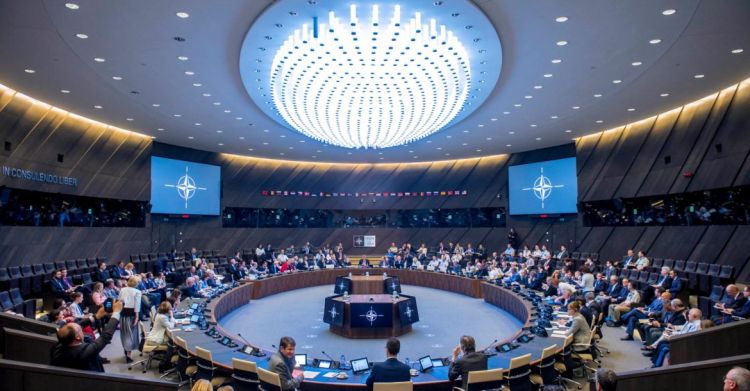 Disagreements among the NATO countries will last for a while, but they are unlikely to bring about the alliance’s collapse, an expert of the international discussion club Valdai, associate professor at the Department of Sociology and Social Research at the University of Trento, Vincenzo della Sala told, Eurasia Diary reports citing Tass News.

"The tensions within NATO help to explain conflicting signals coming from member states calling for an aggressive approach to Russia and China while others looking for ways in which to engage with the two," he said. "It is not likely that these internal tensions will abate in the near future, especially since NATO’s dominant partner, the United States, is not overly concerned about providing coherence and clarity to the alliance. It is not surprising, then, that many are taking French proposals for developing security ‘sovereignty’ in Europe more seriously than at any point in the past."

At the same time he warned that one "should not think that the anniversary celebrations in London will be the last for NATO."

"Despite all its internal tensions and growing mutual suspicion, security cooperation is hard-wired in the foreign and security infrastructure of its member states. With the exception of the United States and possibly Turkey, it is difficult for NATO’s member states to imagine any other security architecture. And even the United States recognizes that its strategic interests are best served by an extensive network of allies that share some basic goals and values. As is often the case in many areas of public policy, inertia is enough to keep the train on the tracks. Perhaps it is only at the next momentous anniversary that we will have a better idea whether it is enough to meet new challenges and give new meaning to the alliance," della Sala said.

A two-day summit of NATO timed for the alliance’s 70th anniversary began in London on Tuesday. On Wednesday, Grove Hotel outside London is hosting a meeting of NATO heads of state and government, who are to focus on the disagreements and points of agreement within the alliance. Earlier, French President Emmanuel Macron dropped a remark NATO was "brain-dead," thus triggering criticism from and debate by the other members of the alliance.".