14th round of Astana talks on Syria held in Kazakhstan | Eurasia Diary - ednews.net

There's a 'Great Divide' in our Solar System - We might finally know how It formed
Read: 604

14th round of Astana talks on Syria held in Kazakhstan 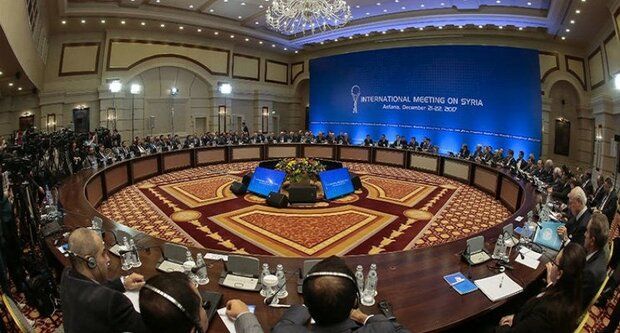 The 14th round of Astana talks on Syria was held on Wednesday in Nur-Sultan, Kazakhstan, Eurasia Diary reports citing Mehr News.

This round of talks, hosted by the city of Nur-Sultan, was attended by delegations from the guarantor countries, namely, Iran, Russia, Turkey, alongside the UN Special Envoy to Syria, as well as the Syrian government and the opposition, as well as observers from Lebanon, Iraq, and Jordan.

During bilateral meetings with Syrian and Iraqi delegations, the sides discussed the latest developments in Syria, especially concerns about the return of ISIL and the need to fight against terrorism, the latest situation in the Euphrates, Idlib, Constitution Committee and extradition of detainees and abductees.

At the end, the closing session of this round of Astana talks was held with the participation of all delegations.

The talks on Syria, known as the Astana process, were launched by Russia, Turkey, and Iran in January 2017 to bring all warring parties in Syria to the negotiating table to complement the UN-sponsored peace talks in Geneva. So far, 13 meetings have been held.

Cooperation between the guarantors of peace in Syria has also been able to preserve the territorial integrity and national sovereignty and independence of Syria.