He says he is ready to repeat multiple times if Donbas and Crimea are given back. 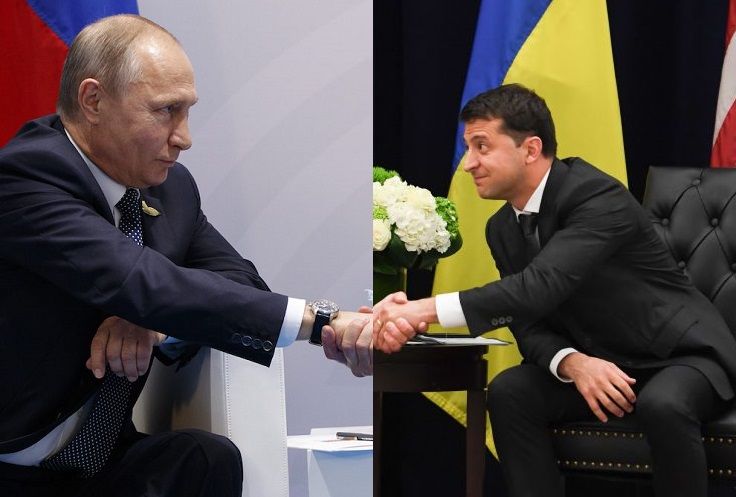 "If we want – and we really want the end of the war, then we should talk. I'll tell you frankly, if tomorrow we get our land, our temporarily occupied Donbas, back – then I can shake hands another 10 times," he said on Channel 1+1.

"If our Crimea is returned to us – it will for sure be returned once day, then I can shake 100 times. I'm ready for such things only for the sake of the result," the president added.

Zelensky and Putin, jointly with French President Emmanuel Macron and German Chancellor Angela Merkel, had a summit in the Normandy format to discuss the end of hostilities in Donbas, eastern Ukraine. Zelensky and Putin also had a one-on-one meeting, which reportedly lasted more than 70 minutes.

Ukraine blames Russia on supporting separatist movement in Donbas and Luhansk, and annexation of Crimea.