Trump claims Russia created hypersonic missile after receiving info about it from US
Read: 536

Is there any point in replacing the OSCE Minsk Group with another diplomatic mechanism? - The explanation by Azerbaijani expert
Read: 297

The Azerbaijan Army is ready to suppress any provocations of Armenia and undertake strong retaliatory actions - Defense Minister
Read: 258 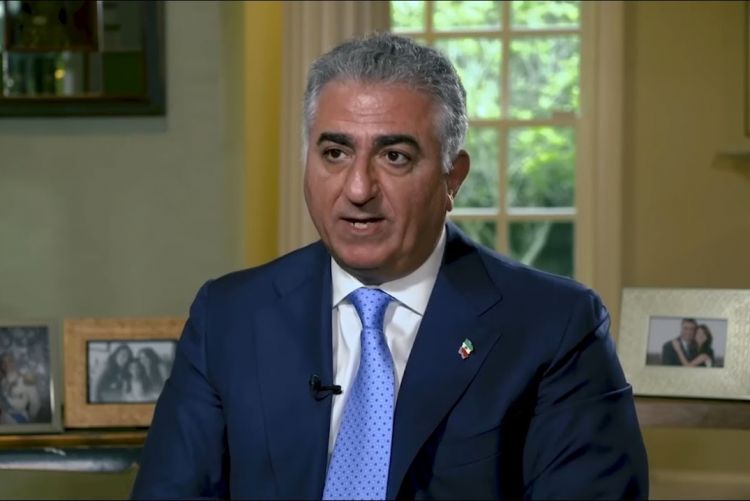 Speaking to reporters at Washington's Hudson Institute on Wednesday, he said, current protests rocking the Tehran government could "topple the clerical regime".

He also called on Western powers to back the uprisings, and abandon any hope that the regime will ever behave like a “normal” government.

Time has come, he said, "to recognize that this is not a normal regime but an anti-Iranian occupying force, and it will not change its behavior”.

Speaking of Iranian people's aspiration to freedoms and democracy, Pahlavi, who currently lives in Maryland, said, "sadly, we’ve never had free elections in Iran in our entire history", presenting his plan to a Washington audience as the only way to manage the coming implosion with a “minimum of casualties.”

The international community, he said, should finance a “strike fund” to allow Iranian workers to shut down the country.

The Western governments, in their part, should continue their maximum economic pressure.

Speaking about the current state of independent media in Iran, Pahlavi said, the "regime interrupts the internet, shuts down the media because it doesn’t want the world to find out [what’s going on]”

For a rising generation of younger Iranians, he said, the only thing that stands between them and the democratic world is "a regime that cannot claim it did not have a chance in 40 years to normalize their lives”