Russian fighter jet shot down a US drone near Khmeimim air base in Syria
Read: 5739

Moscow explained why Turkey should not joke with Russia about Syria
Read: 426 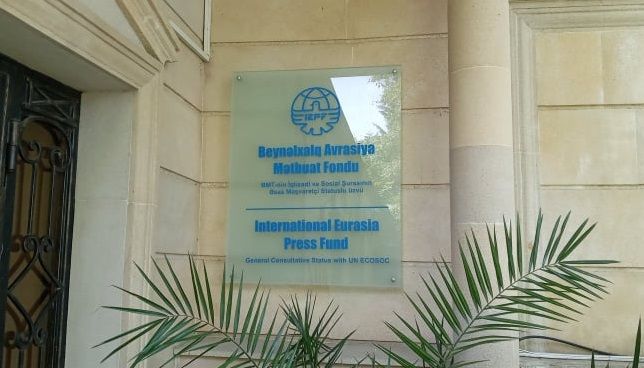 The International Eurasia Press Fund severely condemns the "holding of illegal" elections "and the so-called" inauguration" in the occupied Nagorno-Karabakh region of Azerbaijan by the occupying country - Armenia.
By its behavior, Armenia openly challenging and calling Azerbaijan for war, ignoring all the norms and principles of international law. This is a clear demonstration of disrespect for the entire negotiation process to resolve the Armenia-Azerbaijan Nagorno-Karabakh conflict and the efforts of the OSCE Minsk Group.
Ostensibly in favour of a peaceful settlement of the conflict, Armenia is doing everything possible to prolong the negotiation process, while simultaneously provoking the situation, holding illegal “presidential elections" in the occupied Nagorno-Karabakh, and now, May 21, and the "inauguration ceremony" in the occupied Azerbaijani city of Shusha, which has particular importance in the historical and cultural heritage of the Azerbaijani people.
About 30 years ago, as a result of the illegal use of force against Azerbaijan, and the implementation of bloody ethnic cleansing, Armenia established a separatist regime in the occupied territories. 1/5 of the internationally recognized territories of Azerbaijan are under the occupation. The fundamental rights of hundreds of thousands of Azerbaijani IDPs have been severely violated. The destruction of cultural heritage and economic activity in the occupied regions of Azerbaijan continues, which also contradicts all the principles of international law and four UN Security Council resolutions calling on Armenia to immediately and unconditionally withdraw the occupying forces from the territory of Azerbaijan.
The patience of the Azerbaijani people is not unlimited, and ultimately, such behavior of Yerevan threatens the beginning of large-scale military operations in the region, which will significantly affect the entire peace negotiation process.
The game on the feelings of civilians, refugees and internally displaced persons who were expelled from their native lands by Armenian armed forces cannot go unpunished.
The International Eurasia Press Fund calls on the OSCE Minsk Group Co-Chair countries not only to observe this process but to take concrete actions against Armenia - aggressor country.