US senator prepares proposal to purchase S-400 from Turkey
Read: 521 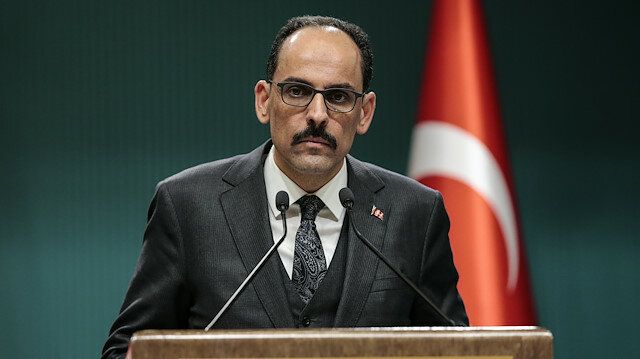 Countries like France that are supporting self-styled general Khalifa Haftar in Libya are at the wrong side of history, Turkey's presidential spokesman said Monday, EDNews.net reports citing Yeni Safak.

In a live interview with France 24 channel, Ibrahim Kalin said: “We believe that anyone who is still supporting Haftar is on the wrong side in the Libyan conflict."

He noted that Haftar's supporters should realize he is not a reliable partner in Libya.

"Turkey sent some advisors to help them [Libyan government] to bring a degree of balance to the conflict," he added.

He reiterated the need for a political solution in Libya, which Libyan government head Fayez Mustafa al-Sarraj also calls for.

He went on to say that Haftar, based in East Libya, continues to attack his own people, sending ripples of violence across the country.

Libya's government, which has been under attack by Haftar's forces since April 2019, launched Operation Peace Storm on March 26 to counter attacks on the capital Tripoli and other parts of northwest Libya.

Following the ouster of late ruler Muammar Gaddafi in 2011, Libya's government was founded in 2015 under a UN-led political agreement.