The refusal of Kocharyan-Sargsyan blocs to recognize results of elections is tactical character - Expert
Read: 429

Common understanding is impossible between US and Iran during presidency of Raeisi - Expert
Read: 216

Without the support of NATO, the UK cannot give a serious response to Russian strike - Expert
Read: 198

Cooperation and security without dividing lines is a common goal of countries - Putin
Read: 196 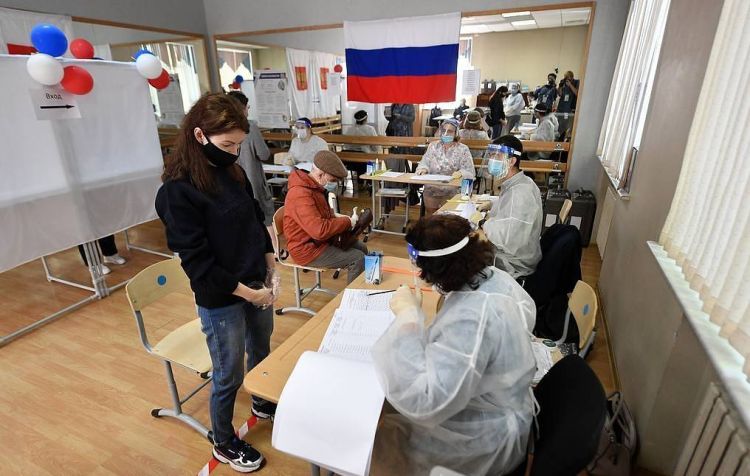 The main voting day on amendments to the Constitution of the Russian Federation is to be held nationwide on Wednesday. By the decree of the President Vladimir Putin, this day has been declared non-working, EDNews.net reports citing TASS.

A public vote is being held on the proposed constitutional amendments. If over 50% of the Russian public approve of the changes, the bill will enter into force.

The vote was initially set to take place on April 22, however, Putin chose to postpone it due to the situation with the spread of the novel coronavirus (COVID-19) in Russia. During a working session earlier, Putin approved July 1, 2020, as the new date for the vote. However, Russians could vote between June 25 and 30, and in two regions of the Russian Federation — Moscow and the Nizhny Novgorod Region — this could be done using remote electronic voting.

On June 30, President Vladimir Putin called on Russians to vote on the amendments to the Constitution, noting the importance on every vote. "I implore you, dear friends, to have your say. Every vote is the most important, the most powerful," Putin said in his video address to the nation on Tuesday. President Putin is sure that by supporting amendments to the Constitution Russians vote for a country where they want to live. "We vote not just for amendments translated in exact legal norms. We vote for a country where we want to live - with modern education and healthcare, a reliable social protection of citizens, with effective power accountable to the society," the head of state said.

The vote on constitutional amendments