Turkey has always been stood by Azerbaijan, even in the hardest period - Turkish professor | Eurasia Diary - ednews.net

Turkey has always been stood by Azerbaijan, even in the hardest period - Turkish professor 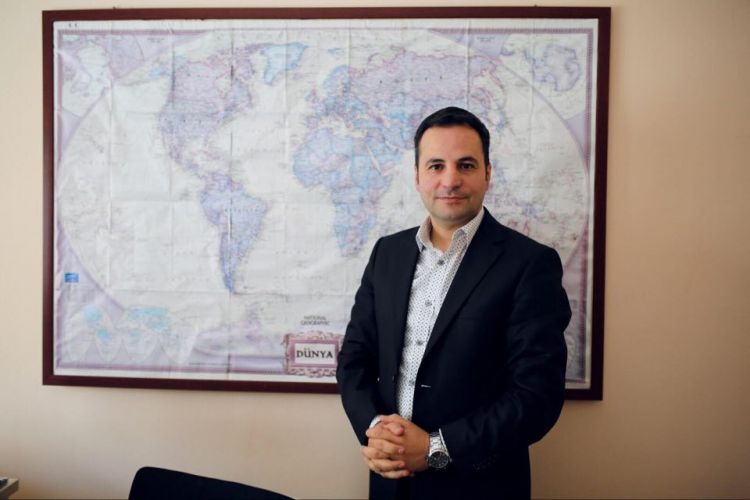 Turkish professor Kürşat Korkmaz, who is a member of International Relations Academic Staff at the Kırıkkale University has shared his views with EDNews.net portal regarding the recent tense situation at the Armenia-Azerbaijan border.

Turkish professor, at the first expressed condolence to Azerbaijani people for martyred soldiers and shared the grief of Azerbaijani people. He also condemned Armenia to launch attacks on Azerbaijan positions at the state border and noted that provocations by Armenian side are unacceptable for international law.

“I strongly condemn the attack of the Armenian armed forces on Tovuz region of Azerbaijan. I convey our condolences to the friendly and brotherly Azerbaijani people and Government for the Azerbaijani martyrs who lost their lives and wish speedy recovery to the wounded,” – said Kürşat Korkmaz,

“The fact that this attack which is yet another manifestation of Armenia's aggressive nationalism, repelled by Azerbaijan, is a concrete indication that aggression will not be left unanswered,” he added.

According to the view of Turkish professor, these attempts Armenia has made to distract the attention of the international community from its continued illegal occupation of Azerbaijani territory Nagorno Karabakh and its surrounding regions. Armenia has been recently trying to add new dimensions to the conflict for blocking the political settlement.

“Armenian side should give up such dangerous tactics and choose the path of reason and law. Embarking on adventurism for aspirations beyond its own capacity reveals Armenia’s failure of judgment and constitutes the biggest obstacle to peace and stability in our region,” - Kürşat Korkmaz stressed.

Turkish professor also touched Khojaly tragedy, which is a one of the darkest and bloody events in the history of the world.

“Khojaly massacre constituting one of the darkest pages of human history turned into the very hot period and in 1992 Khojaly genocide was committed against Azerbaijani civilians. Elderly people, women, kids, babies were killed, maimed and taken hostages have not still been known until today. The Khojaly Massacre is seen as one of the bloodiest events committed by Armenian forces against Azerbaijani civilians for control of the now-occupied Upper Karabakh region,” - Kürşat Korkmaz noted.