There is no alternative to JCPOA - Iranian MFA | Eurasia Diary - ednews.net

Peace, prosperity and stability in Azerbaijan is significant for the true realization of international projects and UN 2030 Agenda - Qaiser Nawab
Read: 932

There is no alternative to JCPOA - Iranian MFA 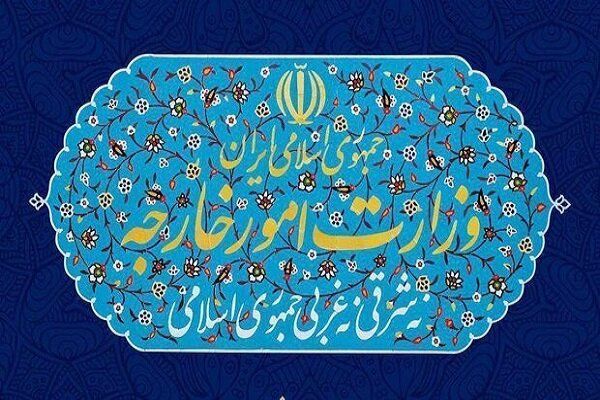 Stating that there is no alternative to JCPOA, Iran Foreign Ministry called on the three European countries to adhere to their commitments to ensure that the JCPOA is fully maintained and implemented, EDNews.net reports citing Mehr News.

In a statement issued on the fifth anniversary of the JCPOA, Iranian Foreign Ministry wrote, "The Joint Comprehensive Plan of Action (JCPOA), as an important result of multilateral diplomacy, which has been strongly supported by the international community, is in serious danger on its fifth anniversary."

"The international legal, technical, strategic and political achievements of this agreement is deeply eroded on the fifth anniversary as a result of the destructive illegal actions of the United States. The main reason for the current situation is continuous violations of UNSCR 2231 and the JCPOA, and ultimately the illegal and unilateral withdrawal of the United States from the agreement reached after years of multilateral negotiations," it added.

It went on to say, "The US government's lack of substantial adherence to its obligations under UNSCR 2231and JCPOA, and the lack of will on the part of other parties to restore the lost balance in JCPOA, have complicated the current situation around JCPOA. It has prevented the Islamic Republic of Iran, despite adhering to its obligations, from profiting from the benefits of the JCPOA, such as the lifting of nuclear sanctions."

"Unfortunately Iran not only did not profit from the economic benefits of lifting the sanctions but once again we are witnessing the actions of some enemies to overthrow Joint Comprehensive Plan of Action (JCPOA)," the statement added.

"Any attempt to misuse the IAEA to put pressure on the Islamic Republic of Iran is contrary to the provisions of the JCPOA, and in addition to undermining the IAEA's credibility as the only credible international technical body to monitor countries' nuclear activities, could adversely affect existing safeguards," the statement noted.

It highlighted, "In addition, any involvement of some remaining members of the JCPOA with US conspiracies against the Iran Deal, especially to undermine and weaken the lifting of arms embargoes, is of great concern. As repeatedly emphasized, the JCPOA renegotiation and the reform of the sanctions lifting system will not be tolerated under any circumstances, and the response of the Islamic Republic of Iran will be decisive in this regard."

Stating that there is no alternative to JCPOA, it added, "Iran will take decisive action in the face of any extravagance and irresponsible behavior, and calls on the three European countries to adhere to their commitments to ensure that the JCPOA is fully maintained and implemented."

"The Islamic Republic of Iran appreciates the governments of the People's Republic of China and the Russian Federation for their constructive and well-intentioned actions and positions at the Security Council, the Board of Governors, and the joint commission of JCPOA in order to maintain and implement Iran Deal," the statement said.