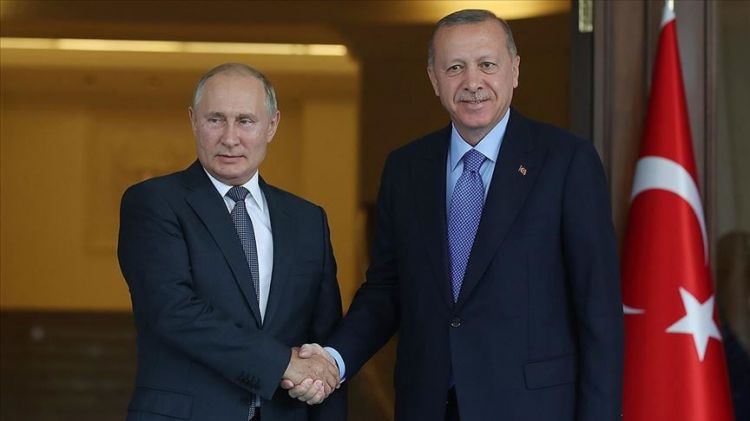 The Turkish and Russian presidents on Monday spoke over the phone and discussed a variety of issues, including bilateral relations and developments in the region, according to the Turkish Communications Directorate, EDNews.net reports citing Anadolu Agency..

"The presidents exchanged views on the situation in the South Caucasus in the context of the aggravation of the situation on the Armenian-Azerbaijani border. Vladimir Putin stressed the importance of prevention of any actions promoting further escalation. Both sides said they are interested in settling the conflict situation only by peaceful means, through talks," it said, TASS reports.

The leaders expressed readiness to coordinate efforts to stabilize the situation in the region. Putin and Erdogan also noted that "there are no alternatives to political and diplomatic settlement of the Nagorno-Karabakh conflict on the basis of the principles of international law in the interests of the peoples of Armenia and Azerbaijan," the Kremlin said.

The presidents also touched upon a number of current issues of the bilateral agenda. "Thus, they gave a positive assessment of cooperation in combating the coronavirus infection, which has made it possible to partially resume regular air service between a number of Russian and Turkish cities from August 1," the Kremlin said.

The conversation was initiated by the Turkish side.

Both leaders agreed to maintain cooperation and dialogue regarding bilateral relations and regional issues.