Bularus leader deploys half of its army at the eastern borders of NATO | Eurasia Diary - ednews.net 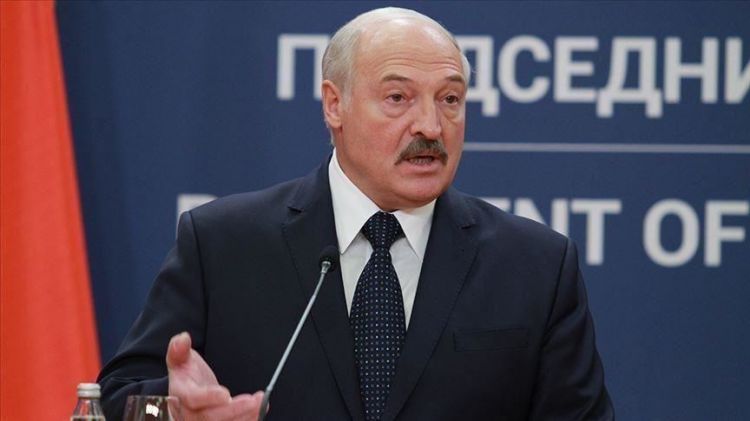 Belarus has been forced to deploy actually a half of its army on western borders due to the tense situation, Belarusian President Alexander Lukashenko said on Thursday, Tass reports citing Belta News.

"We have been forced to respond, seeing NATO’s unfriendly steps near our borders. There is all the evidence proving that, no matter what excuses they may make: the deployment of US and other units from the depth of their NATO territory towards the borders of Belarus, especially F-16 planes. In my estimate, they have redeployed 16 or 18 aircraft. We have deployed actually a half of our Belarusian army " he noted.

"For us, Belarus is our kin country, and it is not only about historical, linguistic, and spiritual ties, but also about hundreds of thousands and millions of our citizens, who are actually one people," he said.

"Warsaw exerts pressure on Minsk, in fact simply dictates the line of behavior, and openly supports, among other things, financially and through controlled NGOs, the Belarusian opposition forces. In this regard, the statements of the Poland's first person regarding the readiness to "take under protection" certain regions in the neighboring republic of Belarus cannot but be alarming," Zakharova said at a news conference in Moscow.

Zakharova called on Warsaw to respect the norms of internationa law as well as the sovereignty and the territorial integrity of the Republic of Belarus.

It should be noted that the protests broke out in Minsk and other parts of Belarus after Lukashenko declared himself as winner in the presidential elections. According to opposition, the results of elections were fake.

NATO and European leaders have demanded Belarussian leader to engage in the dialogue with opposition and respect fundamental and human rights.