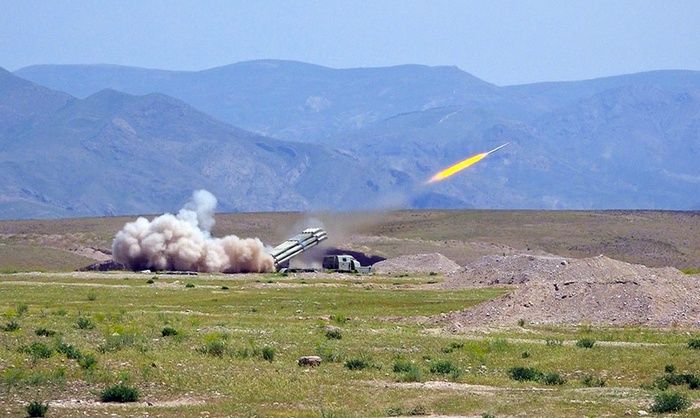 Almost two months have passed since the fighting on the state border between Armenia and Azerbaijan in July, which resulted in 18 deaths on both sides. Although a wide variety of actors in the international community repeatedly called on the two conflicting parties to de-escalate and return to the peace negotiations during and after the confrontation, they did not follow up on concrete actions in the form of new peace initiatives. The Covid-19 pandemic and the challenges it poses for the global economy, Turkish-Greek tensions in the Mediterranean, imminent US presidential elections, protests in Belarus, the poisoning of Alexei Navalniy - all these events seem to preoccupy the world community more than the tensions in the Caucasus. However, the worrying developments in the region indicate that a new escalation or even a longer war can occur at any time.

The OSCE Minsk Group, which mediates in the conflict between Armenia and Azerbaijan, has not made any new proposals since July that could have contributed to a lasting detente in the war zone. Officially, it is said that a trip by the co-chairs of the Minsk Group to the region was delayed in view of the Covid-19 pandemic. The last statement from the Minsk Group was made on July 24th.

In the meantime, the conflicting parties are arming, increasing their defense spending, conducting military exercises (Russian-Armenian and Azerbaijani-Turkish maneuvers respectively) and are becoming more and more skeptical about resuming peace negotiations.

Above all, Baku insists that negotiations with Armenia must have "substance". Specifically, it must be about the liberation of occupied Azerbaijani territories, and they no longer want to get involved in “meaningless talks”. After the July clashes, Aliyev fired his foreign minister on the grounds that Azerbaijani diplomacy was not "aggressive" enough. Since the change of office in the Ministry of Foreign Affairs, Baku began to publicly express its dissatisfaction with the alleged Russian arms deliveries to Armenia. At the same time, there is a noticeable rapprochement between Azerbaijan and Turkey in the area of ​​security policy, which is not only reflected rhetorically but also militarily in the form of large-scale joint exercises. The experts are now wondering whether this is a short-term diplomatic maneuver or a strategic change of course by Baku.

Under Prime Minister Nikol Pashinyan, Armenia vehemently hardened its position in the conflict: In 2019 Yerevan has ruled out the negotiation formula “Land for Peace”, meaning that the seven surrounding areas of Azerbaijan, which are occupied by Armenian armed forces, are no longer part of the negotiations. In 2019 Pashinyan declared that "Nagorno-Karabakh is Armenia - period". At the same time, Yerevan is demanding that the separatists be included in the negotiations as equal parties to the conflict. However, this request has always been rejected by Baku and international mediators, including Russia, France and the USA.

On the other hand, under Defense Minister Davit Tonoyan, a new military doctrine was adopted under the motto "new wars for new areas". Militant rhetoric and symbolism are now all the rage in Armenia: Nikol Pashinyan's wife Anna Hakobyan recently visited Nagorno-Karabakh as part of the “Women for Peace” initiative, where she completed intensive military training and posed with weapons in front of the cameras.

In Nagorno-Karabakh, too, the pessimistic tones now dominate. The de facto president of the Nagorno-Karabakh separatist republic called on Armenians to "be realists" and prepare for war against Azerbaijan. His de facto foreign minister, Masis Mailyan, spoke about the fact that the “Madrid principles” put forward by the Minsk Group, the basis of which negotiations have been conducted for the past 10 years, were no longer on the table. There is actually no document that can be negotiated, said Mailyan. A thesis that openly contradicts the statement by Russian Foreign Minister Lavrov.

Under these conditions, a new outbreak of violence in the Caucasus with unforeseeable consequences appears to be entirely possible. The previously rather passive reaction of the world community could be (mis)interpreted as tacit support for such a scenario.

Article is written by Philip Röhrs-Weist

This article is originally published in Caucasus Watch