"I can no longer see France, which shines in all its glory" - A moral lesson from a French Muslim woman to Macron
Read: 500

Azerbaijan's liberation of its own territories destroys the previous order in the South Caucasus - Expert
Read: 463

"The beauty of Karabakh is felt when it is united with Azerbaijan" - Umud Mirzayev - VIDEO
Read: 350 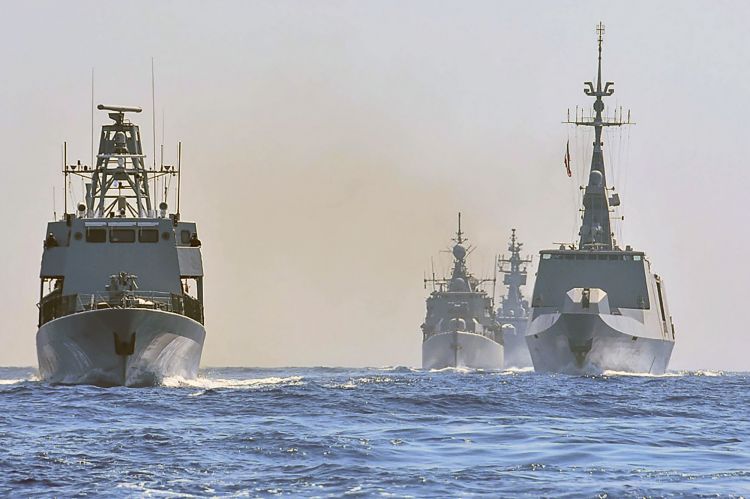 Although the country spends a relatively high amount on defense, modernization efforts have been stalled in recent years. Despite new urgency brought on by the growing Turkish threat, experts warn against hasty and overpriced purchases, which could place a disproportionate burden on Greece's budget in times of coronavirus uncertainty.

The Greek government expects that these investments will increase the defense budget by at least €10 billion over the next decade. Of this, €1.5 billion should be spent in the coming months. France will benefit most from purchases.

In return, Greece has a strong supporter in President Emmanuel Macron in its dispute with Turkey, which has already warned Paris not to challenge its armed forces.

The question still arises as to how Greece, with its long-term economic problems, will economically manage these expenditures during the coronavirus crisis. It is estimated that its primary budget deficit will climb to six percent of gross domestic product this year, and debate can certainly be expected over whether public finances should be directed elsewhere to prop up Greece's struggling economy.

Due to decades-long tense relations with Turkey, Greece is one of a small group of countries that consistently adheres to the recommendation of the NATO to spend at least two percent of its GDP on defense.

Last year and the year before, according to the Stockholm International Peace Research Institute (SIPRI), Greece allocated 2.6 percent of GDP to the military budget, the highest share since 2010.

However, the Greek economy is smaller after years of subsistence, so relative expenditures are distorting the picture. According to SIPRI, while in 2010 the Greek army spent $7.4 billion, last year it was $5.5 billion, which is roughly double the Czech military budget.

Total defense spending also says nothing about how the country invests in modernizing the military. NATO recommends that member countries set aside at least a fifth of all costs, and Greece is almost in last regarding this metric. Last year, according to the alliance, more than 12 percent of the total defense budget was set aside for this purpose.

"As a result of the decade-long crisis, despite threats in the east, Greece has not purchased larger weapons systems since 2005," defense expert Faithon Karaiosifidis told Politico, according to whom, the country last systematically invested in military equipment in the 1990s.

Karaiosifidis warns that an unmethodical, hurried purchases usually carry a higher price. In addition, the country has a rich history of corruption scandals related to military tenders. Experts, therefore, expect public opinion to be heavily dependent on the government's ability to arm the military transparently and also on whether a closer alliance with France will pay off.