The President of Azerbaijan announced the reasons for the military operation | Eurasia Diary - ednews.net

The President of Azerbaijan announced the reasons for the military operation 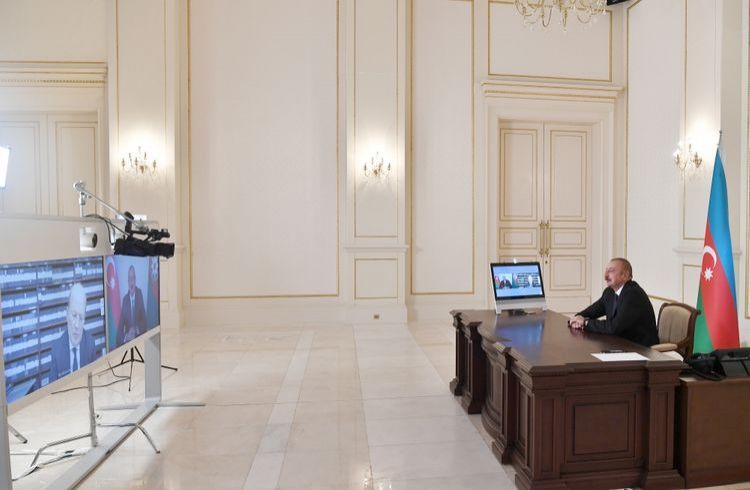 "This is due to political and military developments. The main reason is that Armenia wanted to disrupt the negotiation process by all means.
Eurasia Diary reports citing APA that President Ilham Aliyev said this in an interview with Italian Rai-1 TV channel on October 26 in response to a question about the reasons for launching military operations.
According to the President, the new government of Armenia has repeatedly stated that the basic principles are unacceptable,, which means that it is not going to return even an inch of the occupied territories: "This is contrary to the basic principles. The Prime Minister stated that Azerbaijan should hold talks not with Armenia, but with the leaders of the so-called "Nagorno-Karabakh". This was unacceptable both for us and for the OSCE Minsk Group. The Prime Minister also stated that "Karabakh is Armenia and that is all."  Thus, he has completely disrupted the negotiation process. In the last year, there have been virtually no talks, and Armenia has made three provocative attempts,  -  attacking our official border in July, sending provocation group to the border in August, and shelling our peaceful cities in September. They probably thought that we would show restraint again, but that did not happen. We have responded to them in a way that they now regret. "