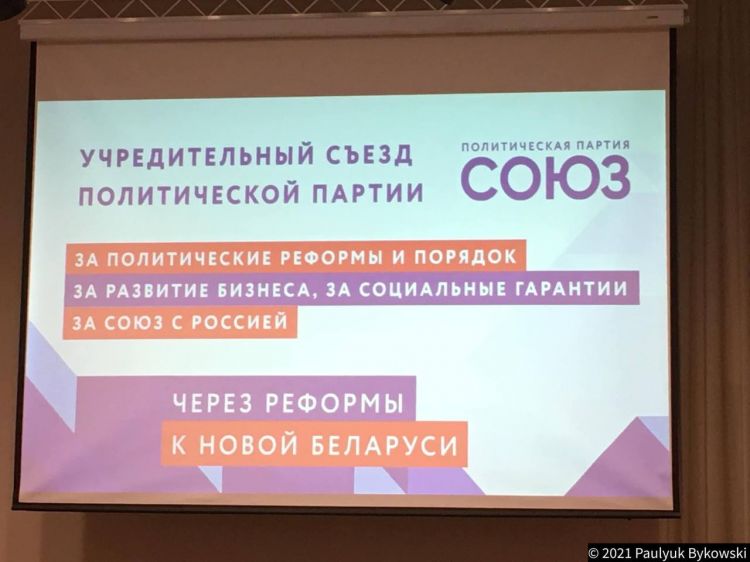 The constituent congress for the “Union” party is being prepared in Minsk. The party is being initiated by Sergey Lushch, a well-known figure of the Russian movement in Belarus, a former representative of a neo-Nazi sect. He has repeatedly advocated the ideas of the “Russian world” in Belarus, has the support of Russian structures of pro-imperialist nature, reports Telegram-channel iSANS_Belarus.
The political party “Union” is being created with the main ideological component – “strengthening the civilizational unity of the Belarusians and Russians,” “the development of the Belarusian-Russian integration”. It is reported that representatives of the so-called DNR of the Zakharchenko era and a representative of Sevastopol, which prepared the annexation of Crimea, will speak at the congress.
It is expected that representatives of the party “Fair Russia – for Truth” and the nationalist one called “For Truth” will come to Minsk. Also there will be Alexander Kazakov, a member of the presidium of the central council of “FR – FT”, ex-advisor of the head of the DNR Alexander Zakharchenko, who worked for 4 years in the occupied Donbas. In addition, the former Minister of Communications of the so-called DNR, Viktor Yatsenko, will also be there. Another “honorary guest”, Dmitry Belik is a United Russia deputy from Sevastopol. He took part in the organization of the referendum, for which he was awarded the medal “For the Liberation of Crimea and Sevastopol”. And the last member of the Russian delegation is Vladimir Kravtsov, professor at the Institute of State Service and Management under the President of the Russian Federation.