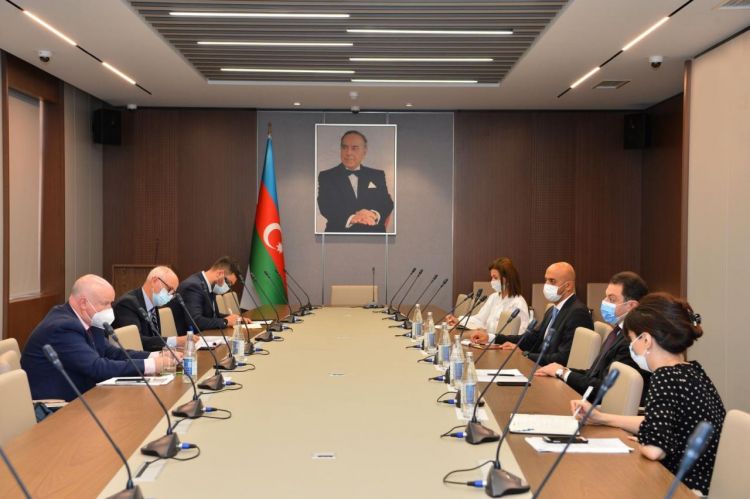 Azerbaijani Deputy Foreign Minister Elnur Mammadov and a member of the PACE Committee on Migration, Refugees and Internally Displaced Persons, Paul Gavan have discussed the return of internally displaced people (IDPs) to their lands after the resolution of the Armenian-Azerbaijani conflict, Eurasia Diary reports citing Azerinews.

Addressing the meeting held on July 26, Mammadov said that there are two main problems related to the return of Azerbaijani IDPs to their homes.

He noted that safe return of internally displaced people to their lands takes time.

Mammadov stressed that by putting pressure on Armenia to handover maps of all minefields, the international community may help Azerbaijan facilitate the return of IDPs.

The official stressed that the final report of PACE rapporteur Paul Gavan must delineate the serious consequences of the conflict such as the missing of 4,000 Azerbaijanis during the First Karabakh war, ethnic cleansing of the Azerbaijani people by Armenians both in the territory of Armenia and in the occupied territories of Azerbaijan, as a result of which up to a million Azerbaijanis became refugees and internally displaced people.

In turn, as a PACE rapporteur on the "Humanitarian results of the conflict between Armenia and Azerbaijan" report, Paul Gavan stressed that during the visit he would try to prepare a comprehensive report on the related issues.

The political solution of the conflict, demining of the Azerbaijani’s liberated territories were high on the agenda of the meeting.