"The new US administration will have to prove that it can honor commitments to their European partners," the lawmaker added. 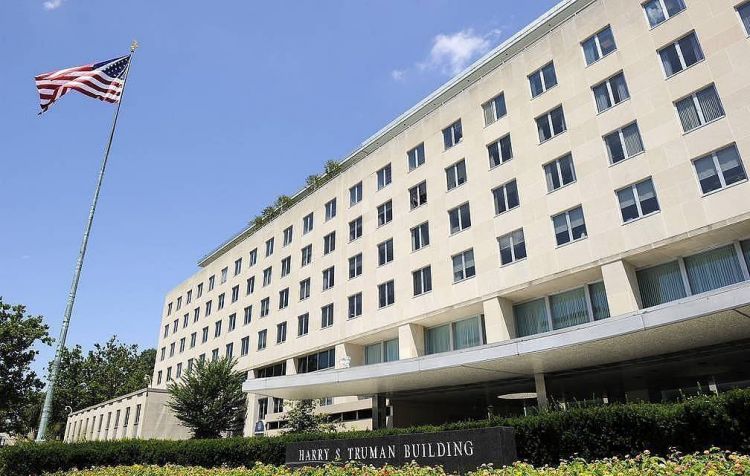 Efforts of the US Congress are unlikely to hamper the launch of the Nord Stream 2 pipeline project, but pose a challenge for US President Joe Biden’s administration, a senior Russian lawmaker said on Saturday.
The House of Representatives passed a bill on the US Department of State’s budget for fiscal year 2022, containing an amendment prohibiting the US administration from waiving sanctions against Nord Stream 2.
According to Leonid Slutsky, who chairs the international affairs committee of the Russian parliament’s lower chamber, the State Duma, US lawmakers demonstrated they "are still detached from reality."
"The decision is not final yet, the bill is yet to be approved by the Senate. It will submitted to President Joe Biden for signing only if senators introduce no amendments to it," he said. "With the help of the Democratic Party’s lawmakers, the White House will attempt to block the amendment, which runs counter to Washington and Berlin’s agreements on Nord Stream 2."
"It is a serious challenge for Biden. The new US administration will have to prove that it can honor commitments to their European partners," the lawmaker added.
In his words, the move by the US Congress is a matter of mostly domestic policy.
"One should keep in mind lobbyists of US liquefied natural gas supplies to Europe. This is a yet another example of unfair competition. However, all those rituals are unlikely to have any effect on the launch of Nord Stream 2," Slutsky said.
The Nord Stream 2 project envisages the completion of two lines of the gas pipeline with a total capacity of 55 billion cubic meters per year from the coast of Russia across the Baltic Sea to Germany. Work on the project was suspended in December 2019 after Swiss Allseas abandoned pipe-laying operations due to the then-looming US sanctions. In December 2020, the construction of the gas pipeline was resumed after a year's pause.
On July 28, a representative with Nord Stream 2 AG, the project’s operator, told TASS pipeline was 99% complete, and the Fortuna pipe-laying barge was working at the final section.
On July 21, the US and Germany reached an agreement on the Nord Stream 2 project. Washington admitted that sanctions would not stop its implementation, while Berlin pledged to work towards an extension of the Russian gas transit through Ukraine. US President Joe Biden said was practically complete and it was impossible to shut down its construction. The US authorities reserved the right to take action in response to Russia's use of energy as a "geopolitical weapon" in Europe and "aggression against Ukraine", according to the US Department of State.
Russia has repeatedly stressed that Nord Stream 2 is a commercial project which is being implemented jointly with European partners. Kremlin Spokesman Dmitry Peskov expressed bewilderment at the attempts of some countries to determine the gas pipeline’s fate on politically motivated circumstances. Furthermore, Moscow repeatedly stated that it has never used energy resources as a tool of pressure.