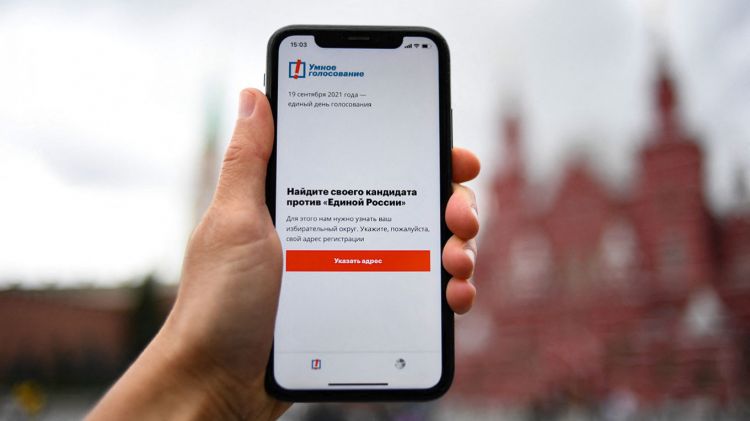 Jailed Kremlin critic Alexey Navalny's 'Smart Voting' app has disappeared from Apple and Google stores on Friday as Russians began voting in a three-day parliamentary election marked by a historic crackdown on the opposition.
"Removing the Navalny app from stores is a shameful act of political censorship," top Navalny ally Ivan Zhdanov said on Twitter.
The app promoted an initiative that outlines for Navalny supporters which candidate they should back to unseat Kremlin-aligned politicians.
Russia had accused Google and Apple of election interference, demanding this week that they remove the app from their stores.
Exiled Navalny ally Leonid Volkov said the companies had "caved in to the Kremlin's blackmail."
"We have the whole of the Russian state against us and even big tech companies," Navalny's team said on Telegram.
In a message from prison, Navalny had urged supporters to download the app that aims to help Russians to vote out candidates from the ruling United Russia party in the upcoming polls.
On the eve of the vote his team urged Russian voters to back Communist Party candidates.
Navalny — who was detained in January — has this year seen his organisations declared "extremist" and banned, while all his top aides have fled.
Russia's media regulator has since barred dozens of websites linked to Navalny including his main website.