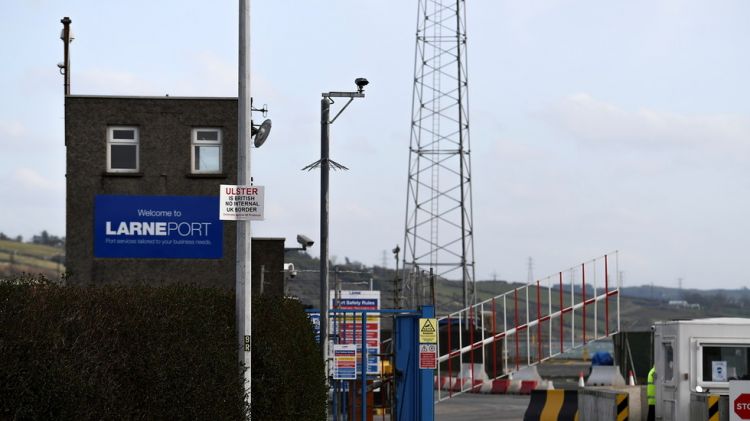 The European Union must make significant concessions regarding the Northern Ireland Protocol, Britain’s Brexit Minister David Frost has said, if Brussels and London are to reach an agreed solution.
Speaking in an interview with Politico on Thursday ahead of a meeting with Maros Sefcovic, who presides over EU-UK relations after Brexit, Frost insisted that Downing Street wants a major concession from the bloc on the role of Court of Justice (ECJ) oversight in Northern Ireland.
There needs to be significant change if we are to get an agreed solution.
“All I can say is the governance issue needs to be addressed seriously, and if the EU are willing to have a conversation about that on which they move off existing positions, obviously we will be happy to have that conversation,” Frost said.
Frost rebuffed remarks that the UK was being dishonest by trying to amend the terms of the deal it had struck with Brussels: “We knew that some elements of the protocol would possibly be difficult to make work in practice, and some aspects of it were left open for the discussions in 2020 and afterwards. I don’t think it’s surprising that we found that that was the case.”
The Brexit minister’s interview comes after Brussels on Wednesday proposed to Britain a fresh slew of measures to ease the transit of goods to Northern Ireland. The relaxation of controls could see customs paperwork checks halved, while inspections on meat, dairy, and other food produce coming from the British mainland would fall by 80%, and the flow of medicines would go undisturbed.
On Monday, the European Commission issued a stern warning to the UK that moving ahead with planned “significant” overhauls to the Brexit divorce agreement could risk “cutting Northern Ireland off from the EU’s single market,” and criticised its continued push to remove the ECJ from its oversight role.
Violence broke out in Northern Ireland earlier this year over the protocol, resulting in dozens of police officers being wounded during riots that were the biggest display of unrest there in decades.